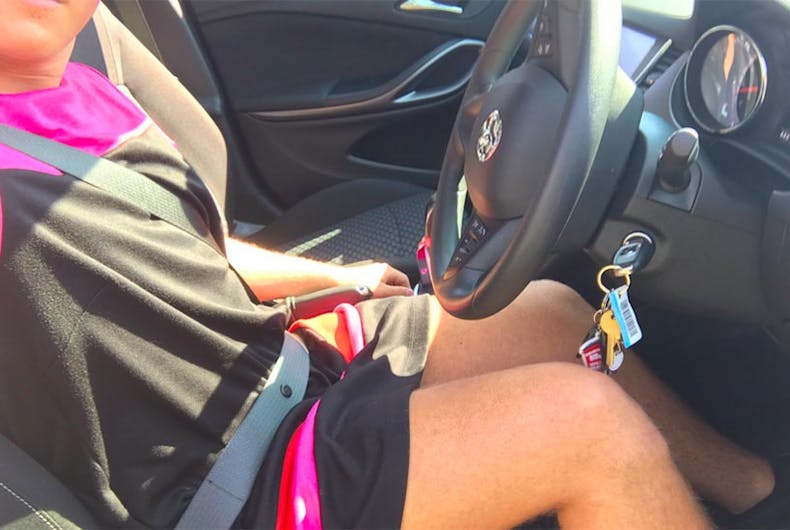 A young British man’s workplace protest has gone viral after he showed up to work in a dress. Joey Barge, a 20-year-old call center employee, arrived at work on a recent hot day wearing shorts.

“If women can wear skirts/dresses at work can I wear smart shorts like so?” he asked on Twitter before heading out to work on a day that reached the hight 80s.

It wasn’t long before he got his answer: nope. That sartorial choice, despite its practicality, violated the companies dress code and Barge was sent home to change.

Frustrated by a dress code that treats men and women differently — in a line of work where customers never see the workers — he returned to the office wearing a black and pink dress.

While he didn’t share the immediate reaction to his dress, he was at work at least long enough to take a selfie in the elevator.

And his protest seems to have had some impact, if not as much as he’d hoped. His employer sent out an email informing staff that due to the “extremely warm temperatures” gentlemen are permitted to wear “3/4 length shorts” (aka capris) in neutral colors like black, navy, and beige.

As the Will (above) notes: such dress codes seem to invite lawsuits, aside from suggesting that employees can’t be trusted to dress themselves. And if staff aren’t seen as capable of picking out their own clothes, how can employers trust them to do their jobs?

RuPaul is getting a star on the Hollywood Walk of Fame