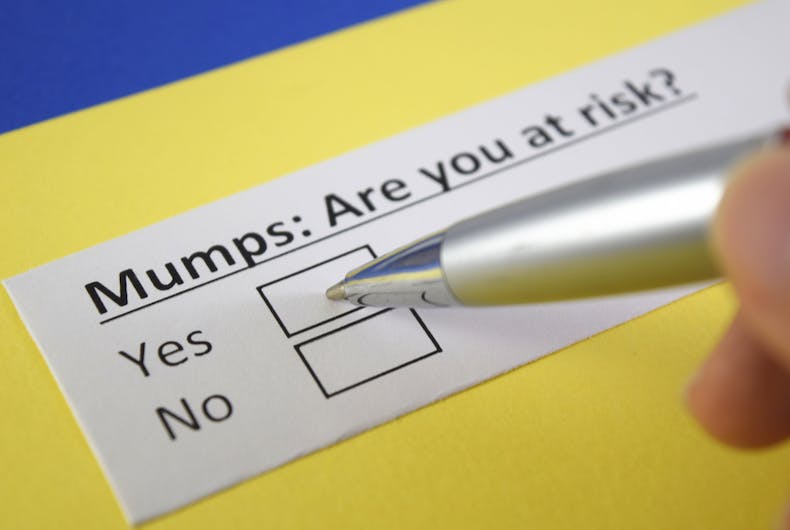 At least forty people have caught the mumps in Los Angeles – mostly men who have sex with other men. The virus is extremely contagious and most people have been infected at “large venues such as athletic clubs, bars, theaters and nightclubs” according to the Los Angeles health department.

With LA pride week in full swing and the #ResistMarch on Sunday, the timing couldn’t be worse for a viral outbreak in West Hollywood. Thousands of people are expected to crowd into local bars and nightclubs to celebrate pride making the virus even easier to spread.

The vast majority of those infected were not vaccinated. If you have done so, you are strongly encouraged to get the measles-mumps and rubella (MMR) vaccinations. They come in two doses and are relatively inexpensive.

Mumps symptoms can include fever, headache, fatigue and salivary gland swelling. Many of those infected were originally misdiagnosed with salivary duct stones or lymphadenopathy according to the health department.

The virus can be spread through sneezes, coughs, kissing, or from sharing infected objects like forks, glasses, or straws. If you think you’ve been infected, you should call ahead to your doctor’s office so they can take the appropriate precautions to prevent further infection.

Mumps outbreaks have been happening around the nation in contained populations. Vaccinations are the only way to prevent the potentially deadly disease.