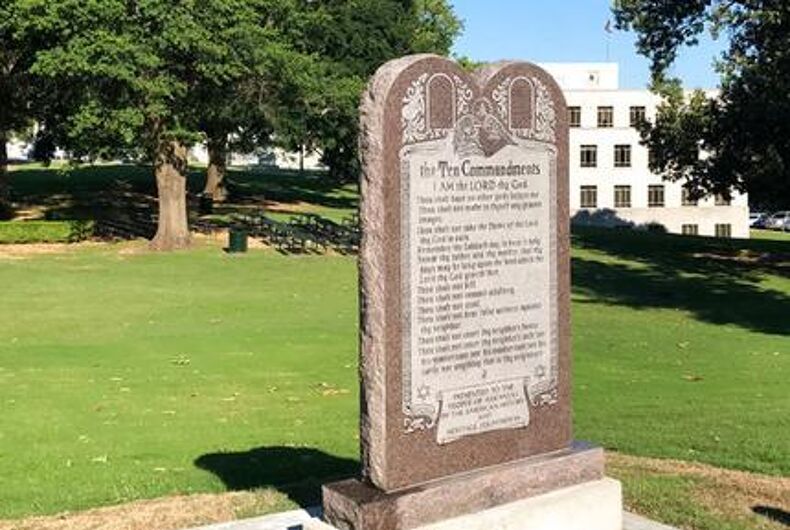 A 6-foot-tall privately funded Ten Commandments monument is seen on the Arkansas Capitol grounds in Little Rock on Tuesday, June 27, 2017, after it was installed by workers two years after lawmakers approved a measure allowing the statue on state property. Photo: AP Photo/Andrew DeMillo

The 6-foot-tall (1.8-meter-tall) monument was placed on the Capitol grounds early Tuesday. Opponents of the monument have said it amounts to an unconstitutional endorsement of religion and have threatened to sue.

Plans for Arkansas’ monument sparked a push by the Satanic Temple for a competing statue of Baphomet, a goat-headed, angel-winged creature accompanied by two children smiling at it. Efforts to install that display, however, were blocked by a law enacted this year requiring legislative approval before the commission could consider a monument proposal.

Arkansas’ monument is a replica of a display at the Texas Capitol that was upheld by the U.S. Supreme Court in 2005.

If Jews can be expelled from Chicago’s Dyke March, who’s next?