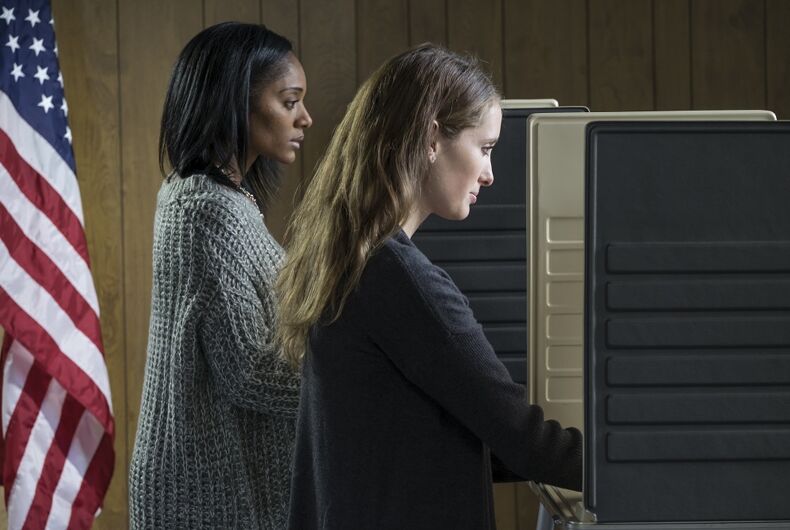 Several transgender people have complained that they can’t register to vote in the UK, just before the general elections registration deadline tomorrow.

For online voter registration in the UK, people have to enter their National Insurance (NI) number as a form of identification. But when some people who have changed their names tried to enter their number, they got an error message saying that the number was “protected.”

A protected NI number is usually given to people whose privacy is often at risk, like the victims of crimes and celebrities. People with a protected NI number can register to vote anonymously, a process that requires documented evidence of one’s identity. This can be problematic for transgender people in the UK, since a Gender Recognition Certificate, which provides legal recognition of a person’s gender, has strict requirements that make it hard to attain, like living for over two years as the gender a person identifies as.

Moreover, as several transgender people who have talked with the media have said, local election officials don’t always know what to do with someone who can’t provide an NI number.

Speaking with Metro, a trans man described the problem, which involves the process online voter registration. “You register to vote online – or at least I tried. When I put in my details and my new name that I changed a year ago, and when it got to the NI number part of the process every time I entered it, it said “this national insurance number has been protected.”

“So basically an error kept occurring where I needed to enter a different national insurance number, which I don’t have.[…] It feels like I’m not a person, it just feels like I’m less than everyone else.”

He had several friends in a similar situation, so they contacted local officials. “We’ve contacted our councils too, they just didn’t know what to do. I can’t register because I can’t ‘prove my identity,’ even though I have documents. Because I don’t have a Gender Recognition Certificate it’s not enough.”

Gay Star News also talked to a woman who was unable to register online because her NI number was “protected.” “I have never asked the Tax Office to place my records in this category, and had they asked me I would have told them not to. But they never asked: they just went ahead and did it.”

She went to the county council offices to try to register in-person, and she was told that she needed a valid NI number. The receptionist and the manager repeatedly asked her for her former name and to describe why she was listed as “protected.” Despite bringing many documents to prove her identity, she was unable to register to vote.

The Electoral Commission, though, doesn’t see the problem. “It is possible to register to vote without a National Insurance Number and the Electoral Commission provides local authorities with comprehensive guidance that outlines the processes they should follow if an applicant does not supply them with one,” a spokesperson told Metro.

Gay Star News also tried talking to the Electoral Commission and asked if better guidance would be given to local election officials. The spokesperson said no such guidance was being planned.

Trump in Saudi Arabia speech: The US will not tell you “how to live”