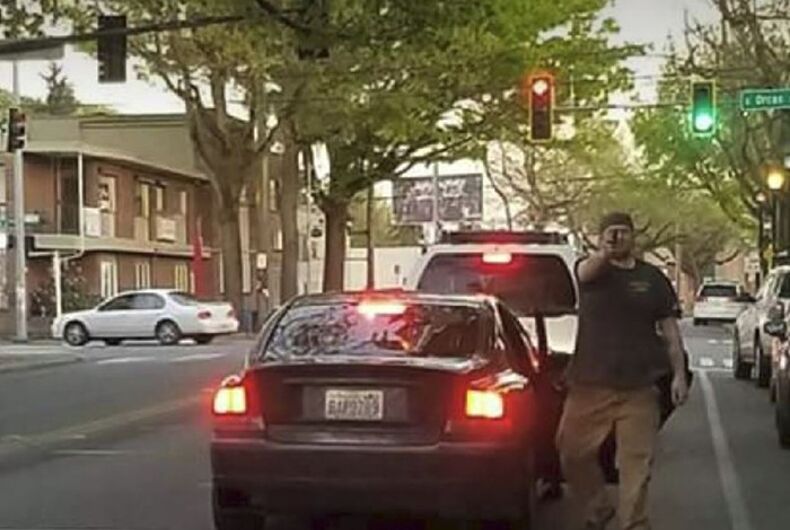 A man allegedly pulled a gun on two pedestrians in Seattle this week after yelling homophobic slurs in an incident police are investigating as a bias crime, The Stranger reports.

According to police, the incident began when two friends were crossing a street as the light turned green and a man in his car yelled obscenities and anti-gay slurs at them before driving off.

The man then followed the victims, confronting them again at another intersection. When one of the pedestrians followed the car to capture the license plate, the man reportedly got out of his car and pulled out a firearm.

“A friend of mine was walking home today…when some guys in a car started harassing her. Called her a faggot, threw things at her out the window, trailed her for a long distance,” a friend of one of the victims shared on Facebook. “The situation culminated in the guy getting out of his car, my friend rushed the car to take a picture of the plate and he pulled a gun and fired shots at her.”

According to police, the suspect threw a bottle out of his window that made contact with one of the victims. Police are still looking for the suspect, who is described “as being in his late 20s, 6’0 with a heavy build, wearing a black hat and t-shirt and brown pants and shoes—and pointed a gun at the victims.”