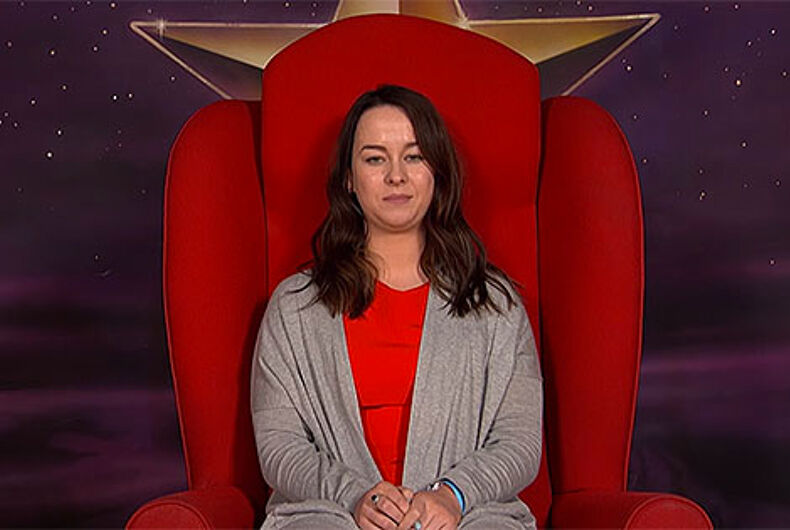 Orla is an Irish woman teaching first graders at a school in England, and was invited by BBC talk show host Graham Norton to tell his viewers a funny story in a segment called “The Red Chair Story.”

It’s typically a funny anecdote about children and the things they say and do, aimed at the grownups at home.

This time, Orla tells the tale of a curious student with LGBTQ awareness beyond any child we know.

It centers around a lesson involving far away countries around the globe, and one kid’s question about Papua New Guinea.

As PinkNews reported, none of the students knew what the island nation was famous for — so Orla explained about tribes there which still practice cannibalism.

“Does anybody know what that means when a human eats another human?” She asked her class.

One child raised their hand.

And that’s when you’ll die.

You can watch Norton’s show online or on BBC America and get more information about the show from its Facebook page.

Julia Roberts stands by transgender teen: ‘I want all students to feel safe’