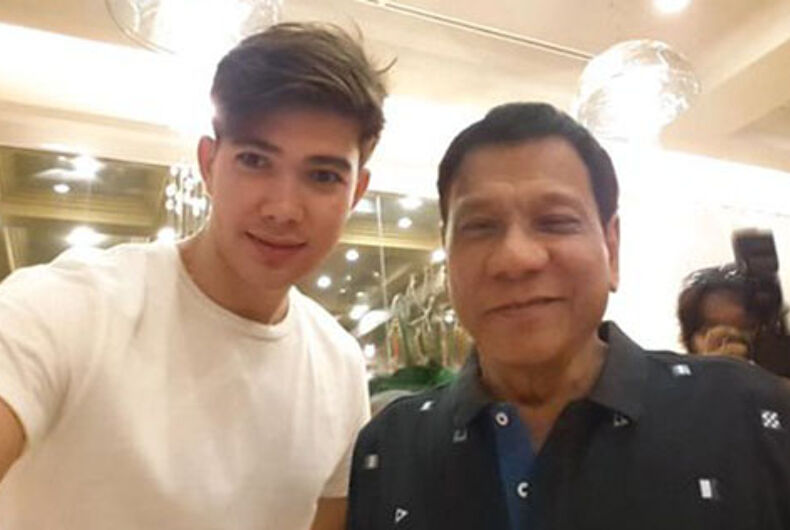 Some statements by Philippines president Rodrigo Duterte are making some observers go “hmmmm,” specifically his decision to not allow any women to accompany him on an official trip to Hong Kong and jokes he made on that trip that if he does “turn gay” it’ll be because of all the selfies men take with him.

“Those taking selfies, males with moustaches, when they take the ‘selfie,’ they press their face against mine,” he joked, and the crowd of supporters in Hong Kong cheered in response, reported Towleroad. “I might turn gay if they press their face too close to mine. Some of them did not even shave.”

And we’re sure that was just a terribly horrible experience for him to endure. 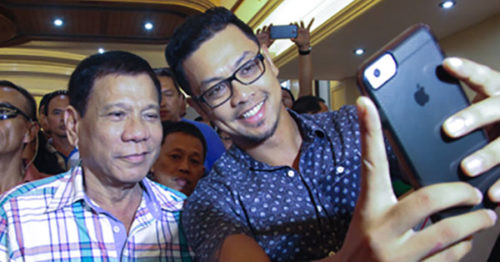 Duterte, who told a TV interviewer in 2015 he was gay but was now “reformed,”  was quick to tell the cheering crowd, “If your president becomes gay, we can’t do anything about that. Blame the selfie.” Uhhuh. Riiiight.

What’s comforting to know is that in that 2015 TV interview, Duterte made a point to note he had nothing against gays, because two of his brothers-in-law and some of his cousins are gay. But not him.

Unless he takes too many selfies with unshaven men.

Remember when being gay was considered the worst type of security risk?