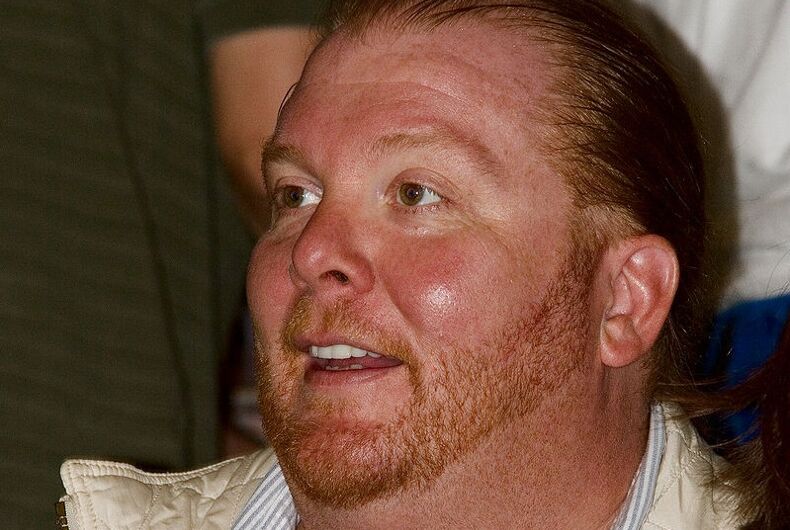 A pastry chef at Mario Batali’s Babbo restaurant in Manhattan filed a suit this week saying that he was wrongfully fired after he complained about being called a “stupid Mexican” and a “faggot” at work.

Isaac Franco Nava is Mexican and gay. He had been working at a different restaurant owned by Batali and Joseph Bastianich, until he was switched to Babbo in November 2015.

He immediately began having problems there, saying that he was called a “stupid Mexican,” “girly,” a “faggot,” and a “pajaro,” a Spanish slang term for a gay man. The abuse came from a coworker and two managers.

“The abuse was hostile, aggressive, threatening, demeaning and embarrassing,” the suit says.

When it started again, the harassment was worse, which Franco suspects was retaliation for filing a formal complaint.

The management at the restaurant refused to take action for several months. In April 2016, Franco filed another formal complaint.

This time, though, the supervisor who was supposed to take his complaint to corporate allegedly conspired to get him fired. Franco missed the nightly free meal because he was too busy with work and was told he could take a pork chop home to cook. The next day, he was fired for stealing.

Franco is seeking unspecified damages. Batali has not commented on the suit.

Man charged with assault for performing orchiectomy on trans woman