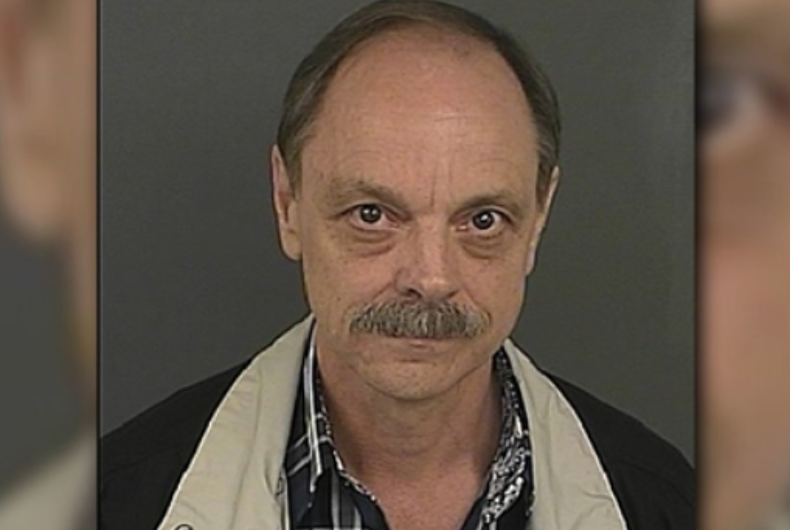 A man in Colorado, James Pennington, is being charged with felony assault because he performed an orchiectomy (removal of testicles) on a transgender woman using an Army surgical kit in the woman’s apartment. Police have not released the woman’s name.

From local news coverage, it looks like Pennington had the consent of the woman to perform this procedure, because her wife was present for it and he told her to call 911 if complications arose. And they did – the woman started bleeding and so she called 911, and the paramedics called the police.

The probable cause statement says, “the testicles could not be re-attached due to time delay of a procedure to 911 call.”

The victim was taken to Medical Center of Aurora, where they told detectives she suffered from injuries that had the risk of “permanent disfigurement.”

Well, isn’t the permanence the point? I’m assuming the woman did not want the procedure to be reversed; she just wanted the bleeding to stop.

People should not be performing surgery in apartments without medical qualifications, and it makes sense for prosecutors to go after Pennington. Things could have turned out worse, especially if the woman were too scared to call 911.

Still, it seems like the prosecution misses the point. The woman obviously wanted the procedure, and if she ended up being operated on in her apartment by someone who isn’t a doctor, something in the system is very broken.

We can’t know what led to this at-home surgery since the woman’s identity has not been made public, but maybe she did not have medical insurance or she could not get the necessary documentation for surgery.

No matter the cause, though, a crime committed with the consent of the victim raises more issues than can be addressed with the blunt force of the criminal justice system.