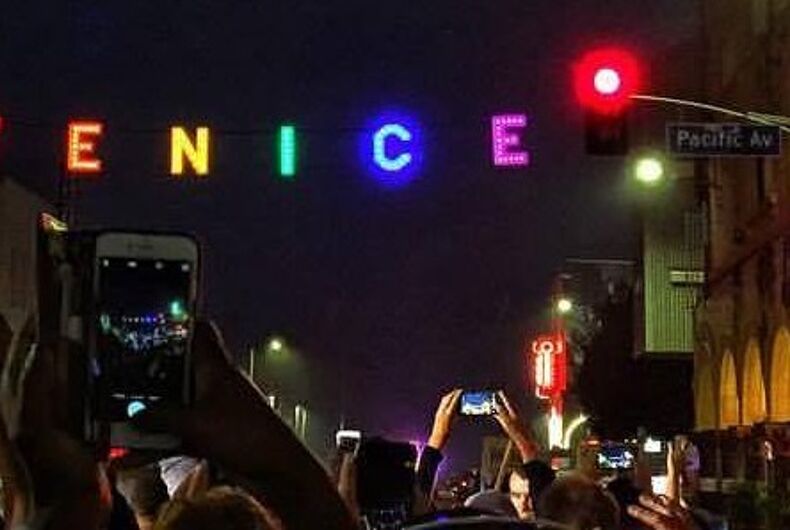 The Los Angeles Rams are paying for part of a rainbow light installation in Venice Beach for Pride Month.

The NFL team will sponsor the 14 lights that make up the letter “C” in the rainbow “Venice” sign that gets set up each year for Pride Month. Other corporations, like Google, will sponsor the other letters in the sign as a way to raise money for the yearly festival.

The executive director of Venice Pride, Grant Turck, told the LA Blade, “It’s great for Venice, for the Rams’ organization and for the LGBT community.”

“We are proud to work with Venice Pride and to stand in alignment with the LGBT community that is such an important part of the fabric of Los Angeles,” Los Angeles Rams Vice President of Community Affairs Molly Higgins said.

In 2014, the then-St. Louis Rams became the first team in NFL history to draft an openly gay player with Michael Sam.

Venice Pride is a 2-day event scheduled that will start on June 2.