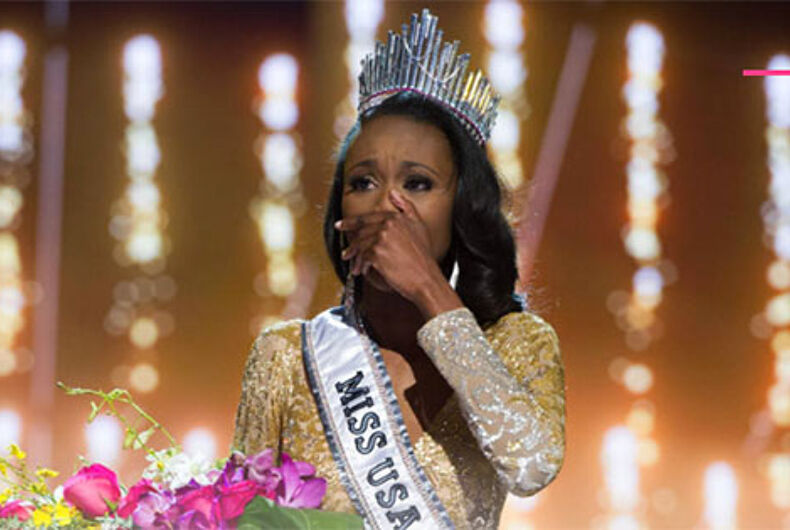 Transgender activist, bestselling author and former anchor of MSNBC’s Shift series, So POPular!, Janet Mock will join five other judges on the panel that decides who will be Miss USA 2017, this Sunday in Las Vegas.

Mock, whose next highly anticipated memoir, Surpassing Certainty, is due to hit bookstores next month, will be the first out trans judge in the history of mainstream American beauty pageants.

Mock posted on Instagram that at first, she “felt conflicted about being a judge.”

Then I remembered that as a feminist my job is to champion other women and celebrate their choices and dreams. With that said, I am ecstatic to be part of a panel that will help a woman extend her platform and use her voice, her intellect, her personal experiences, and yes, her beauty to shine a light on the issues that matter to her most.

This particular pageant is no longer owned by President Donald Trump, who sold it to WME/IMG in 2015 along with the rest of the Miss Universe organization. But Trump has apparently kept in close contact with its new owners. In January, the White House hired Chris Liddell, WME/IMG’s chief financial officer, to be an assistant to the president and director of strategic initiatives.

A total of 51 single women are competing in this year’s beauty contest. Fans can vote for their favorites to advance to the finals, now through May 13th at a special Miss USA website.

The pageant will be broadcast live on Fox Sunday at 8 p.m. and will be hosted by Julianne Hough and Terrence J for the second year in a row. Ashley Graham will return as backstage host and Brett Eldredge, Pitbull and the cast of Cirque du Soleil’s “Michael Jackson: One” are scheduled to perform during the telecast.

Does Trump know or care about abuses against gay and bi men in Chechnya?