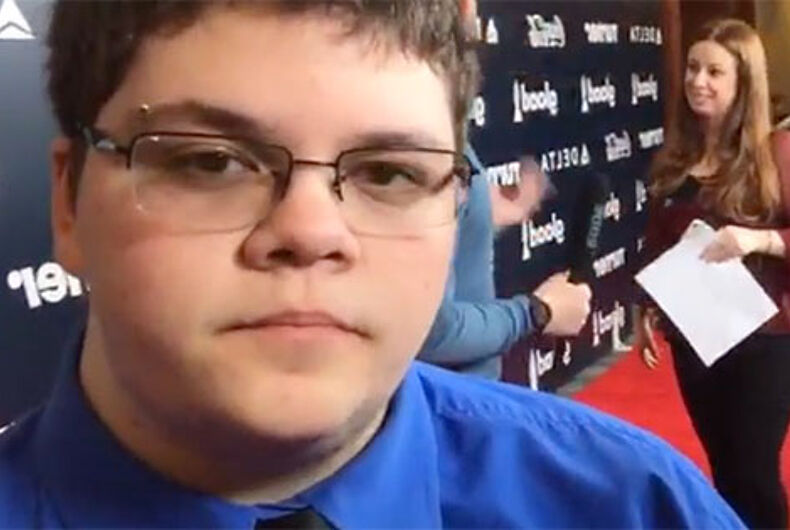 Lawyers for a transgender teenager who sued his eastern Virginia school board for the right to use the boys’ bathroom have filed a new brief arguing his case still is relevant even though he’s about to graduate from high school.

The filing Monday in the 4th U.S. Circuit Court of Appeals argues that Gavin Grimm would be subjected to an illegal school board policy barring him from using the boys bathroom when visiting the school as an alumnus.

The U.S. Supreme Court was scheduled to hear Grimm’s case earlier this year. But the justices sent it back to the lower court without reaching a decision after President Donald Trump’s administration revoked the guidance from Trump’s predecessor letting transgender students use public school bathrooms aligned with their gender identity.

He told our Hannah Simpson that he plans to attend prom with a group of friends, and to save money, he’s going with another male student, who is not really his date, he said.

Dawn Ennis and Hannah Simpson contributed to this report.