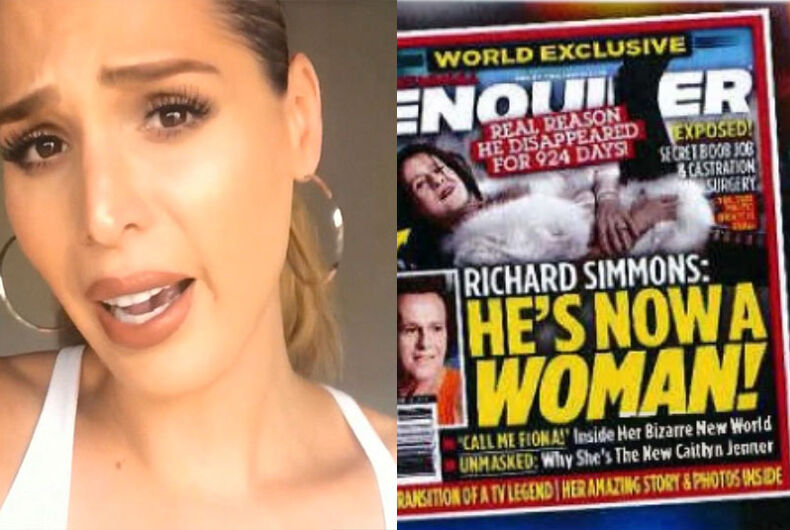 Richard Simmons has two new allies in his legal war with the National Enquirer, the notorious supermarket tabloid that reported last year that he’s undergoing a gender transition from male to female.

The fitness guru of the 80’s and 90’s is suing the National Enquirer and Radar Online for defamation, which has raised eyebrows in the LGBTQ community for the appearance that he’s only mad that anyone dare call him such a terrible thing as being (cue: please grasp pearls now) transgender.

Transgender model Carmen Carrera  — who rose to fame as a drag star on Ru Paul’s Drag Race — told TV tabloid show TMZ that in her opinion, Simmons isn’t being anti-trans, and she’s not alone.

Carrera was backed up by trans model Zion Moreno, who aspires to pose for the next Sports Illustrated Swimsuit edition. Moreno told TMZ it doesn’t matter if Simmons is transitioning or not, and she feels the target on his back justifies his lawsuit.