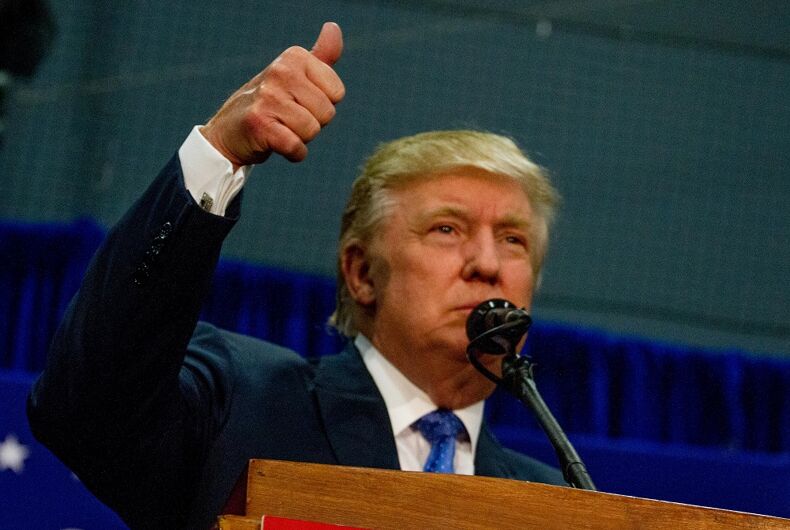 The only United States president who had a worse beginning to his term than Donald Trump was William Henry Harrison. At Harrison’s inauguration held on a wet and chilly day in Washington, he refused to wear an overcoat and a hat, he rode to the ceremony on horseback rather than in the closed carriage he was offered, and he delivered the longest inaugural address in U.S. history, which took over two hours to read. Harrison died just 31 days later of pneumonia.

While Donald Trump’s physical health appears somewhat better than Harrison’s at this point in his presidency, Trump’s political ailments far exceed those of the stalwart hero of Tippecanoe, and, in fact, any of his predecessors.

Though Trump shouted at his rallies over the course of the election season, “We’re gonna win so much, you’re gonna get tired of winning!” the reality is quite the opposite.

In his first month in office, Trump fired his National Security Advisor, Michael Flynn, for lying about his contacts with Russian government officials during the campaign. The FBI is currently investigating Flynn for those contacts and a reported $65,000 he received from a Russian firm, as well as for reported large amounts of money he received from the Turkish government for his work as an undeclared agent, and for allegedly talking about kidnapping Turkish cleric Fethullah Gülen from his Pennsylvania home with senior Turkish government officials whom they allege masterminded a recent attempted coup in that country.

Federal courts halted Trump’s two executive order travel bans, the first on seven and the second on six majority-Muslim nations, from going into effect since the judges involved in these cases determined these orders represent unconstitutional injunctions on the basis of religion.

Without prior advice and consultation with his military commanders and intelligence officers, Trump went ahead with a raid on a suspected al-Qaida command in Yemen, resulting in the tragic death of a Navy SEAL and several innocent civilians, while killing few enemy combatants and unearthing little valid intelligence.

FBI director James Comey confirmed in his sworn testimony before a House of Representatives Intelligence Committee that his agency, “as part of its counter intelligence mission,” is looking into possible links between members of Trump’s campaign team and Russian government collusion to influence the outcome of the 2016 presidential campaign in Trump’s favor. Included in this investigation are reported connections between Paul Manafort, and Russian and former Ukrainian leaders.

Comey also debunked Trump’s claim that former President Obama “wiretapped” the Trump campaign. The FBI director announced that his agency has “no information that supports those tweets.”

For someone who published the best-selling book The Art of the Deal, Donald Trump should have had at least one legislative victory notch in his political belt by now. Unfortunately for him, but gratefully for the expected 24 million people who would have lost their health care benefits, the Trump/Ryan “American Health Care Act” failed to even make it to the floor of the House due to the turbulent civil war raging in Trump’s own not-so-Grand Old Party.

Throughout the brief process after Ryan released the plan, Trump showed neither the knowledge nor enthusiasm for the issue of health care reform, even though on the campaign stump he said this would be his first priority from “day one.”

Trump certainly demonstrated no “art” in this raw deal for the people of this country. But why would anyone be surprised? Trump had no skin in the game: Ryan constructed and promoted this draconian bad health plan, and Tony Schwartz, Trump’s long-time acquaintance, literally wrote the book. Though Trump asserts he at least read Schwartz’s book, the same cannot be said about his reading of Ryan’s legislation.

Trump’s recent approval rating stands at 39%, an historic low for any President this early in their tenure. A whopping 56% disapprove of his job performance.

While many voters understood this sham man for what he is, unfortunately his supporters either do not want to recognize or dismiss the truth of the entrepreneur behind failed and fraudulent business ventures like Trump Airlines, Trump University, Trump Vodka, Trump Steaks, and Trump Casinos.

At his campaign rallies when he harped on “winning,” he asserted that people will say, “Please please, it’s too much winning. We can’t take it anymore!”

Well, most certainly neither the majority of people in the U.S. nor our allies can take it anymore, but not for the reasons Trump claims.

To Sir Ian McKellen, life as a closeted gay man was ‘a terrible oppression’