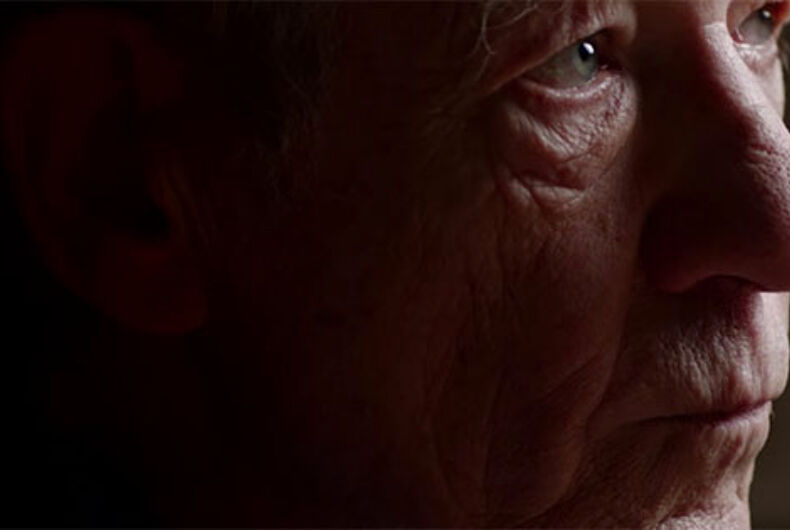 Audiences familiar with Ian McKellen’s many iconic appearances on stage and screen know the actor from roles in Beauty and the Beast, the Lord of the Rings and The Hobbit movies, the X-Men series and dozens of other roles, but they’ve never seen him like this: a film in which he opens up about growing up gay and coming out.

Produced for a first of its kind exhibition in the U.K., McKellan’s film is one of six commissioned to provide a glimpse into LGBTQ lives. It’s called Random Acts, and stars both McKellen and Scott Chambers, who portrays him as a young man.

The short was commissioned by the Tate Britain gallery, which will launch the Pride in London festival in June with a free day of music, performances and films, reports PinkNews.

Directed by Joe Stephenson, McKellen is heard in a voiceover, lamenting his predicament, as Chambers weeps on camera.

There was no question of being out of the closet in the sense of being honest about one’s sexuality on all occasions, because you would invite the police to arrest you.

Do you want to go to prison?