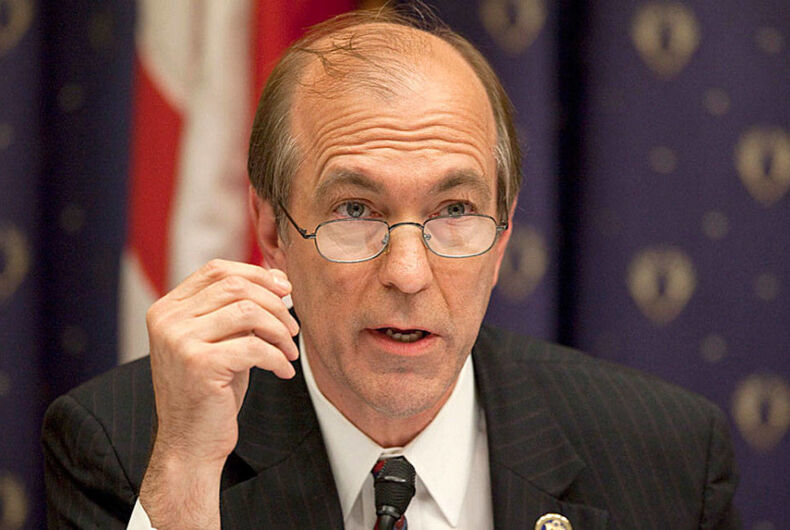 Scott Garrett has been nominated to head up the Export-Import Bank.Photo: Associated Press

President Donald Trump has made a practice of appointing individuals with an anti-LGBTQ background to head up agencies they have previously opposed, such as head of the Environmental Protection Agency Scott Pruitt, Secretary of Energy Rick Perry, and Secretary of Education Betsy DeVos.

Add another to the list: Former Republican Congressman Scott Garrett, whom Trump announced on Friday as his nomination to head up the Export-Import Bank, the country’s official federal credit agency.

Both Garrett and Trump have previously spoken out against the agency, with Trump until recently claiming to be “very much opposed” to it and Garrett characterizing it as a “corporate welfare program,” and opposing its re-authorization, both in 2012 and 2015.

I opposed the House's vote to reauthorize the corporate welfare program known as the Ex-Im Bank. #CronyCapitalism https://t.co/pSbg0RMrdu

Garrett lost his 2016 re-election campaign to hold onto New Jersey’s 5th District, handing the seat over to Democrat Josh Gottheimer, after saying he would no longer pay his dues to the National Republican Campaign Committee, claiming the organization that works to elect Republicans to Congress, had been actively recruiting and supporting gay candidates.

Garrett’s anti-LGBTQ record includes co-sponsoring the First Amendment Defense Act, which would allow for a license to discriminate so long as one invokes a strongly held religious belief.

He also voted against prohibiting employment discrimination based on sexual orientation, and voted for a Constitutional Amendment banning same-sex marriage, notes On The Issues.

His record earned him a 0% rating from the Human Rights Campaign.