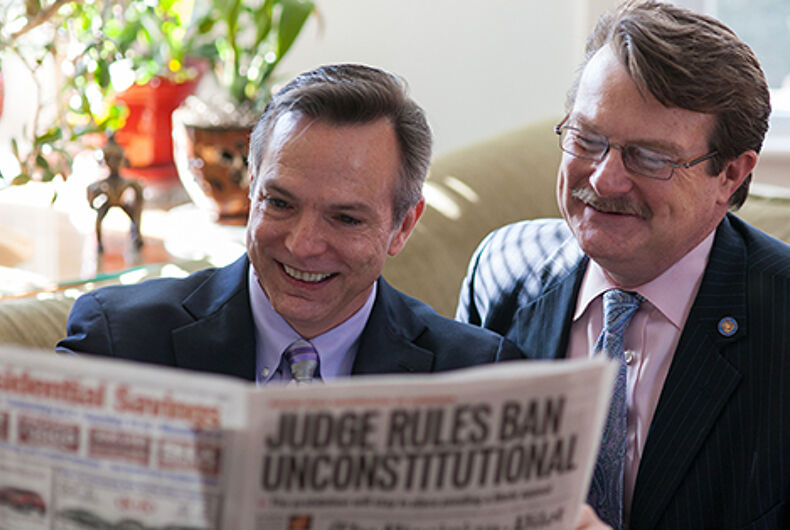 A new television ad on the air in Virginia introduces viewers to a man who people say is a nice doctor.

He listens to people.

That’s the thrust of the first campaign ad from Ralph Northam, M.D., a centrist Democrat who is running for his political life against Tom Perriello, a former congressman who has been praised by President Obama.

Perriello was recently endorsed by both Sens. Bernie Sanders and Elizabeth Warren, according to the Virginian-Pilot. He may be the progressive in the race but as Slate reported in 2016, he has an anti-abortion and pro-gun voting record.

So Northam is touting his liberal politics in hopes younger voters that Perriello is targeting will vote for him instead on June 13th.

Northam’s six-figure ad campaign features Norfolk couple Tim Bostic and Tony London. He did a reading at their wedding in 2015 after they led the fight to strike down Virginia’s ban on same-sex marriage.

“He supported marriage equality before it was popular to do so,” Bostic says in the commercial.

The campaign ad ends with Northam driving the home the point that his race is not against Perriello but against their common enemy.

“We’re going to keep making progress every day. And we’re not going to let Donald Trump take us backwards.”

This mother’s dying words will leave you in tears

Would you vote for Caitlyn Jenner?