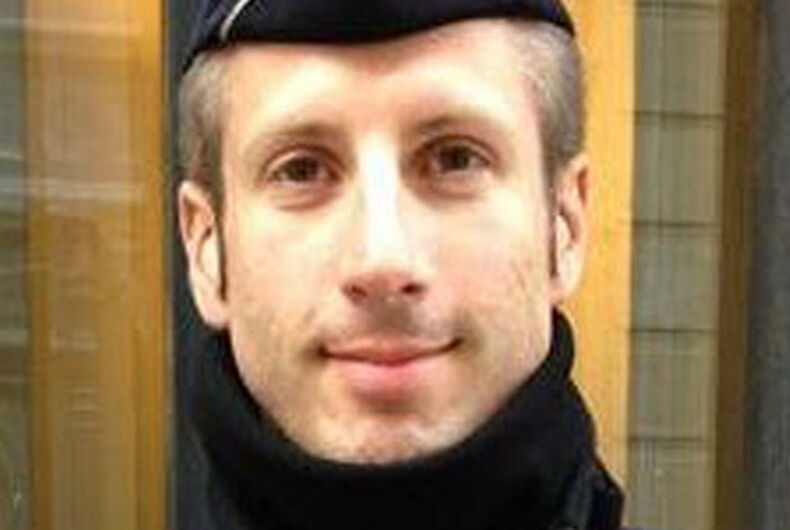 The Paris police officer who was shot to death while at work on the French capital’s most famous boulevard had seen firsthand the horror that could be carried out in the name of the Islamic State group.

Jugelé was one of the officers who raced to the Bataclan concert hall the night three armed men in suicide bombs stormed a show and slaughtered 90 people on Nov. 13, 2015.

In the latest attack, Jugelé was the only person killed when an assailant opened fire with an assault rifle on a police van parked on the Champs-Elysees. The Islamic State group quickly claimed responsibility, and authorities say the gunman had a note defending IS with him.

Paris police declined to give details about Jugelé’s career and life, saying his family had asked for privacy. Mickael Bucheron, president of a French association of LGBT police officers, told The Associated Press Jugelé would have celebrated his 38th birthday at the beginning of May.

“He was a very simple man, with a big heart. A real nice guy,” Flag! Vice President Alain Parmentier told The Associated Press in a phone interview. “And he really loved his job.”

“He was really committed to the L.G.B.T. cause,” Bucheron told The New York Times. “He joined the association a few years ago, and he protested with us when there was the homosexual propaganda ban at the Sochi Olympic Games.”

Jugelé was in the van’s driver’s seat when he was shot dead. Two other officers were wounded. The attacker was shot and killed by officers at the scene.

Laurent, a police colleague and friend of Jugele’s who also was deployed to the Bataclan attack, said Jugelé was in a civil union and that his partner has a child. Laurent asked not to be identified by his last name because he does not represent the Paris police officially.

Both officers returned to the concert venue a year later when it reopened with a concert by Sting. Jugelé told People magazine at the time how happy he was to be “here to defend our civic values.”

“It’s symbolic. We’re here tonight as witnesses. This concert’s to celebrate life. To say no to terrorists,” he said.

Jugelé had worked in the Paris area as a police officer since 2011. At the time of his death, he was a member of the Paris police department’s public order and traffic division.

“It was one of his final missions, he was about to join another service,” Parmentier said.

Jugelé had received praised from his bosses earlier this year for his courage during the evacuation of a building ravaged by an accidental blast in the western Paris suburb of Boulogne-Billancourt.

Laurent said Jugelé had also served in Greece for Frontex, the agency in charge of border control of Europe’s 26-nation Schengen Area.

French president Francois Hollande said a national tribute will be paid to Jugelé, “who was cowardly assassinated.”

Bill O’Reilly may be out of a job, but his destructive legacy will remain