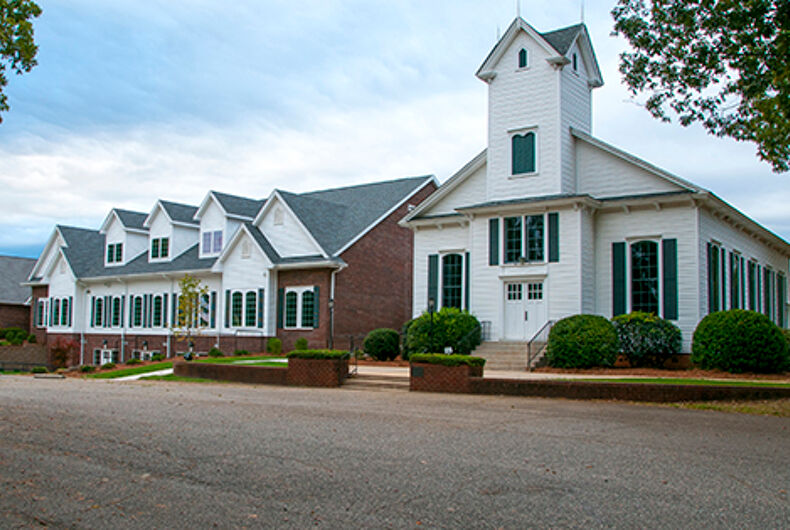 A 200-year-old Presbyterian church in Mooresville, N.C. has decided not to follow the Boy Scouts of America as it changes with the times, and has told its troop to start packing.

The decision comes three months after the BSA changed its policy on transgender scouts and nearly two years following the end of the ban on gay scouts and gay leaders.

Pastor Andrew Shoger of Coddle Creek Associate Reformed Presbyterian Church  wrote in a statement, “We cannot partner with an organization that embraces what God’s Word clearly labels as sin.”

“For more than 10 years, Coddle Creek Associate Reformed Presbyterian Church has hosted and chartered Boy Scout and Cub Scout groups. However, due to decisions by the Boy Scouts of America (BSA) regarding matters of homosexuality and gender identity, the … church has determined that our church can no longer continue as partners … of BSA,” Shoger wrote.

Boy Scout Troop 169 and Cub Scout Pack 169 are part of the Piedmont Boy Scout Council in Gastonia, N.C. reportedly learned of the decision this week. The Charlotte Observer reported it could not be reached for comment.

The effort to abandon the scouts is being backed by the North Carolina Values Coalition, which has lobbied for churches to turn to “faith friendly alternatives,” such as Trail Life USA.

According to Shoger, the church will give the troop time to find a new home, in fulfillment of its contract. But the church did not reveal how much time.

“We recognize that the ones affected most directly by this announcement are the boys, young men and leaders, who love scouting and had no role in the decisions made by the BSA,” said Shoger.

Will the Supreme Court reexamine the Civil Rights Act after gay rights ruling?