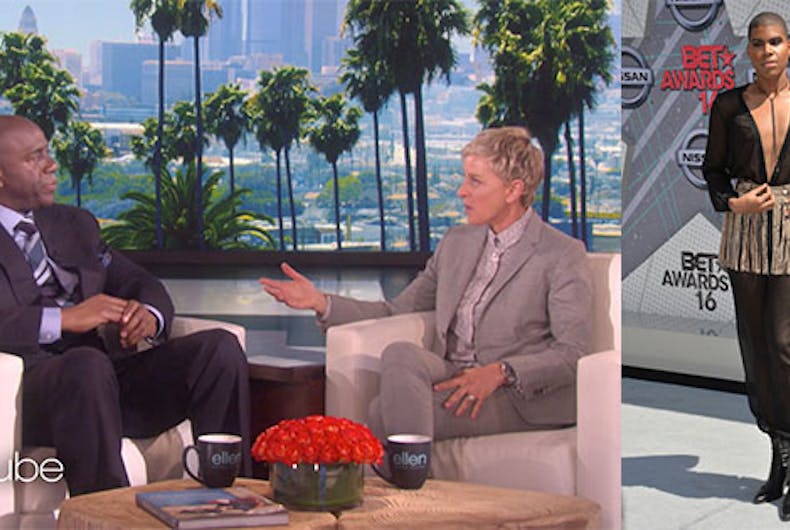 Magic Johnson let his guard down in an appearance on Ellen DeGeneres’ show Wednesday about his gay son, Earvin Johnson III, known best as EJ.

“When my son came out,” the NBA legend told the talk show host, “I was so happy for him and happy for us as parents. We love him. EJ is amazing. So you got to support your child, because there are so many people who try to discriminate against them, so they need you to support them. Because if you don’t support them, who is going to support them? And love them?”

Asked by DeGeneres what advice he’d give parents when their child comes out, Johnson, 57, was clear: accept them.

I think it’s all about you not trying to decide what your daughter or son should be or what you want them to become. It’s all about loving them no matter who they are, what they decide to do.

As US Magazine reported, EJ first stepped out with another man in 2013; Johnson at the time told reporters, “I’ve known for a long time” that his son was gay.

RuPaul named one of Time Magazine’s 100 Most Influential People