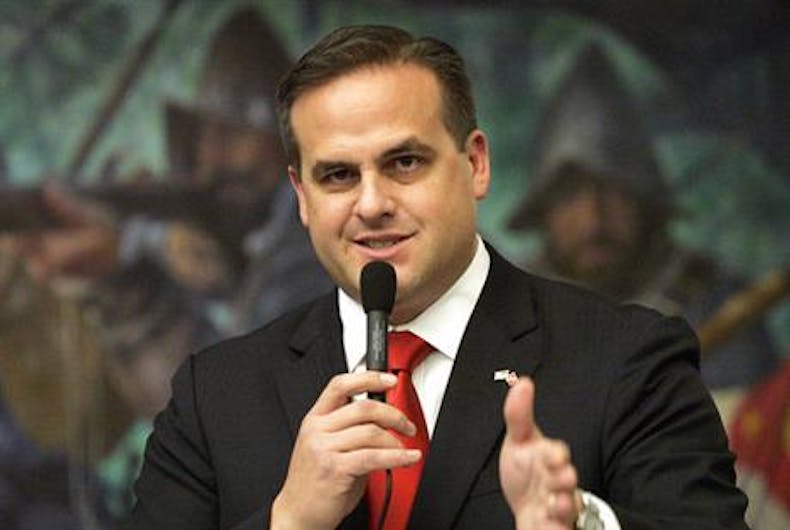 Miami Republican Sen. Frank Artiles went off on a verbal tear against black lawmakers on Monday night, using the n-word, and calling one a “fucking asshole,” a “bitch,” and a “girl,” according to two African-American state senators, the Miami Herald reports.

Artiles, over drinks at the Governors Club, told Senators Audrey Gibson and Perry Thurston that Senate President Joe Negron had risen to his leadership role thanks to “six ni—rs” in the Republican caucus electing him. It is unclear what he meant, since, as the Herald notes, the only black senators in the state senate are all Democrats, none of whom backed Negron.

He also referred to Gibson as “this fucking asshole” and “this bitch,” Gibson said.

Another individual who was present at the table asked about Artiles also calling Gibson a “girl,” to which Artiles said he didn’t mean it disrespectfully.

He publicly apologized on Wednesday, but it was not enough to keep Negron from stripping Artiles of his chairmanship of the Communications, Energy and Public Utilities Committee.

“I’m not going to tolerate any senator treating another senator with that level of disrespect, and using words that show racial bias, gender bias, or show a complete disregard for the right of another person to be left alone,” Negron told reporters.

Democrats are calling for Artiles to resign, and Negron, a Republican, has not ruled out expulsion for violating Senate rules, Tallahassee Democrat reports.

Artiles is also intolerant of the LGBTQ community.

In 2015, he proposed HB 583, titled “Single-Sex Public Facilities,” that went after transgender rights. The bill, which died in Judiciary Committee, read:

That ‘kill the gays’ preacher has a new target: Katy Perry’s parents

Magic Johnson opens up to Ellen about his gay son