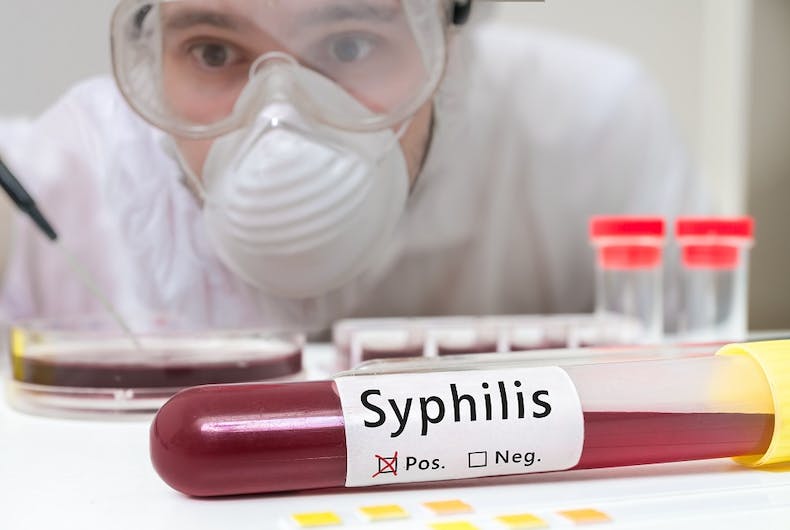 A new U.S. report shows the spread of syphilis is far worse in gay men in Southern states.

North Carolina, Mississippi and Louisiana have the highest rates. In North Carolina, as many as 1 in 134 gay and bisexual men were diagnosed with the most contagious forms of syphilis in 2015.

The South has long had higher rates of diseases spread through sex. Thursday’s report is the first breakdown for syphilis by sexual orientation for 44 states.

In all states, the rates for straight men are far lower. The disease is also much more common in men than women.

Syphilis is a dangerous bacterial disease that surfaces as genital sores. The arrival of antibiotics in the 1940s reduced syphilis dramatically, but U.S. cases have been rising for about 15 years.

© 2017, Associated Press, All Rights Reserved.
This material may not be published, broadcast, rewritten, or redistributed.
Health and Wellness
Louisiana, Mississippi, North Carolina, syphilis

Stephen Colbert made a gay Putin meme… because he can