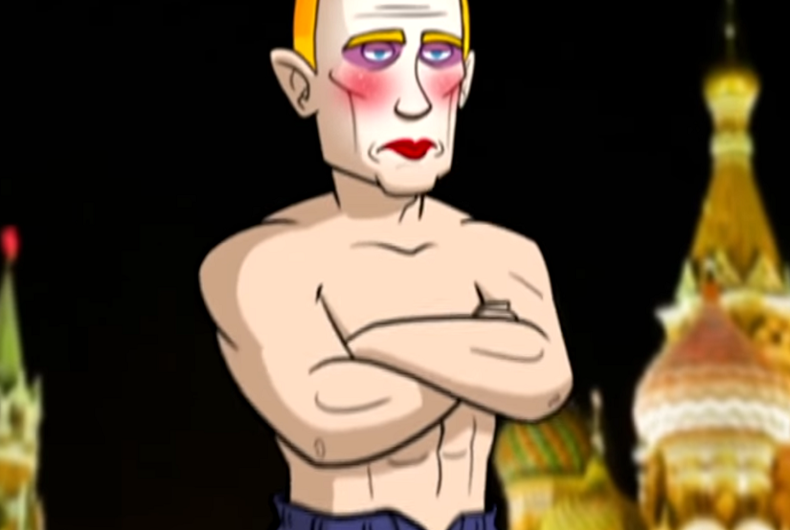 Stephen Colbert addressed the story of a certain image of Russian president Vladimir Putin in make-up being banned on The Late Show on Friday.

Colbert highlighted the fact that no one is sure what the image is, in part because there are so many images of Putin with make-up on the internet.

So, in order to report on it, he had to produce his own Putin meme.

Set to RuPaul’s “Supermodel,” the spot shows a cartoon Putin dancing shirtless and with make-up on.

Earlier this week, we reported on how a regional court in Russia sentenced a man who produced a number of memes to psychiatric care, leading them to be labeled “extremist material” by the Justice Ministry. One of those memes was described as showing Putin with make-up on his eyes and lips and implied “the supposed nonstandard sexual orientation of the president of the Russian Federation.”

100 lashes for men caught having gay sex in Indonesia

Gay men at risk of syphilis in South, report says