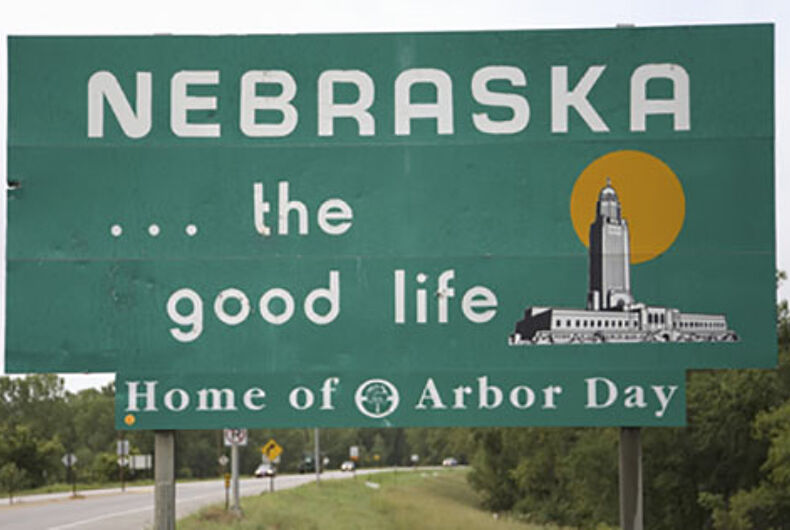 As of right this minute, gay and lesbian foster parents in all 50 states have the legal right to adopt children, something that could not be said when the sun rose over Nebraska Friday morning.

Nebraska’s State Supreme Court struck down a decades-old ban on adoptions by gay and lesbian individuals and couples Friday.

“This is a victory for children and LGBT Nebraskans,” said Danielle Conrad, executive director of the American Civil Liberties Union branch in the Cornhusker state. Conrad was quoted in a statement posted online by the ACLU following the ruling:

Since the lower court ruling striking down Nebraska’s ban, our clients Todd and Joel have opened their hearts and home to several children in need. There are tens of thousands of LGBT people who call the Cornhusker State home and thousands of Nebraska children in need of a foster care placement. This victory means that Nebraska’s motto of “Equality before the Law” rings out more truly for all in our state.

The numbers are truly staggering: more than 3,800 children spend every day hoping to be adopted, languishing in the foster care system in Nebraska. The ACLU said between bad placements over and over again and long stays in emergency shelters, the long wait is inhumane.

“The era of states baselessly branding LGBT people unfit to parent is over,” said Leslie Cooper of the ACLU LGBT & HIV Project in a statement. “Children in the foster care system are no longer needlessly denied access to available loving families.”

Read more about the ACLU’s case and the high court’s ruling.