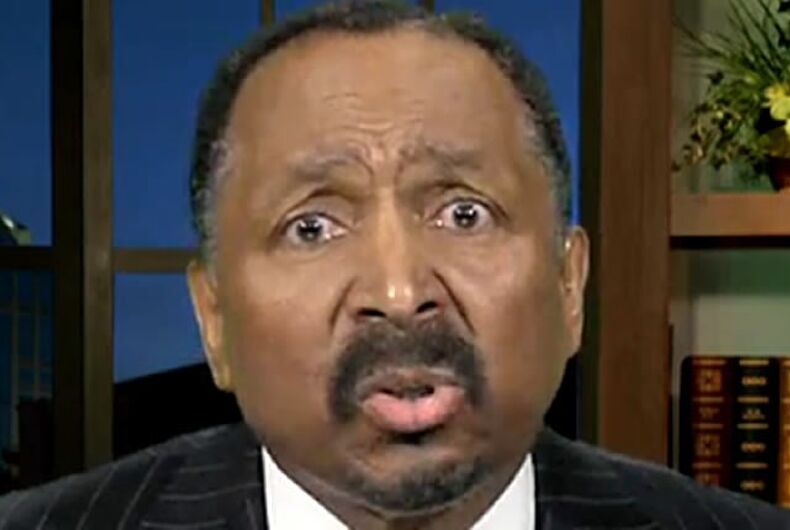 Antigay zealot Bishop E.W. Jackson denounced a celebration of the LGBTQ community and sex-positivity at the University of California – San Marcos as “ungodly” and “sinful.”

The event is called gAyPRIL and according to the Christian News Service it will feature the discussion of “a very strange, role-twisting sex practice” that is titled “Furries vs. Pet Play.” That talk is one of several featured on the university’s site, including “Queer Parenting,” “The Mystery of Love and Sex,” “Safe Zone Training,” “Queer People of Color” and a walk to celebrate Pride on campus.

Speaking on his radio program, Jackson declared gays, lesbians, bisexuals and transgender people will “never, ever” win the “approval” of Christians, as if we were seeking it.

Jackson goes on to share with his listeners their duty to tell LGBTQ people “the truth.”

“We have to tell them,” he said.  “They’ll hate us for it.  They’ll despise us. They’ll vilify us.  They’ll slander us. They’ll lie on us. They’ll tell everybody we’re haters, we’re bigots.  We just have to love them and tell them the truth.”

And what is that truth? No worries, Jackson is confident he has the answer. “God has a different plan for you,” he said.