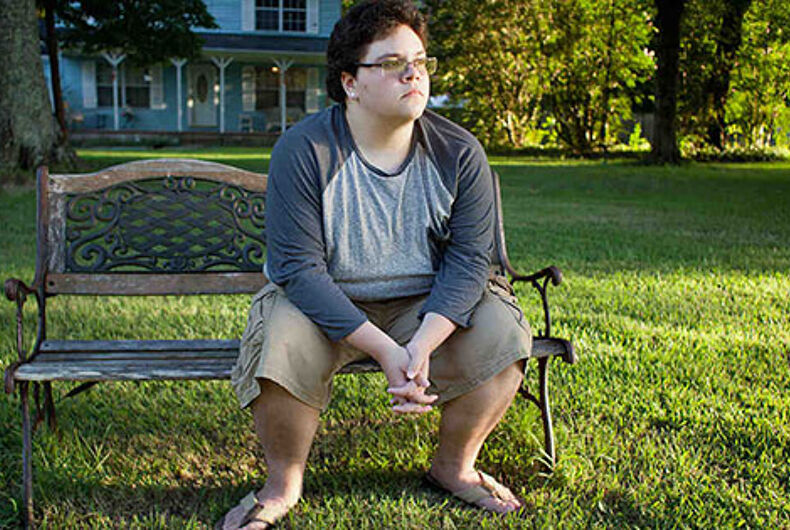 Noticeably absent from that list, however, are Google, Facebook, Verizon, AT&T, T-Mobile and Sprint, according to Axios chief technology correspondent, Ina Fried, who herself is transgender.

Fried reports that even though Google and Facebook issued statements supporting the rights of transgender students after the Trump administration rescinded federal guidelines to the nation’s schools, a source told Axios neither one of the huge corporations would sign on to a Supreme Court brief in support of Grimm’s plea to use the boys’ restrooms like every other male student.

T-Mobile and AT&T have also gone on the record in favor of LGBTQ issues previously; like Facebook founder Mark Zuckerberg, T-Mobile CEO John Legere even marched in a Pride event. So why not stand up now?

Fried wrote that these companies are avoiding publicly opposing Trump, apparently because they each have pending business for which they need government approval.

Apple, while joining the friend of the court brief on behalf of Grimm, had a setback of its own this week, when shareholders rejected a proposal to require greater diversity in the tech company’s top ranks. Apple itself reportedly assured investors it was doing enough.

On the far other side of the pay scale, the nation’s teachers did not hesitate to voice their support for trans rights Thursday.

“Educators are, above all, advocates and protectors of their students,” said the friend-of-the court brief supporting the 17-year-old, according to BuzzFeed. “Compelling them to discriminate against and harm their students runs counter to everything about their personal and professional mission.”

Joining them are trans Olympian Chris Mosier and 100 other transgender Americans in another brief filed by the Transgender Legal Defense & Education Fund.

LGBTQ Nation will be at the Supreme Court for the Gavin Grimm hearing and will bring you complete coverage of this landmark case.