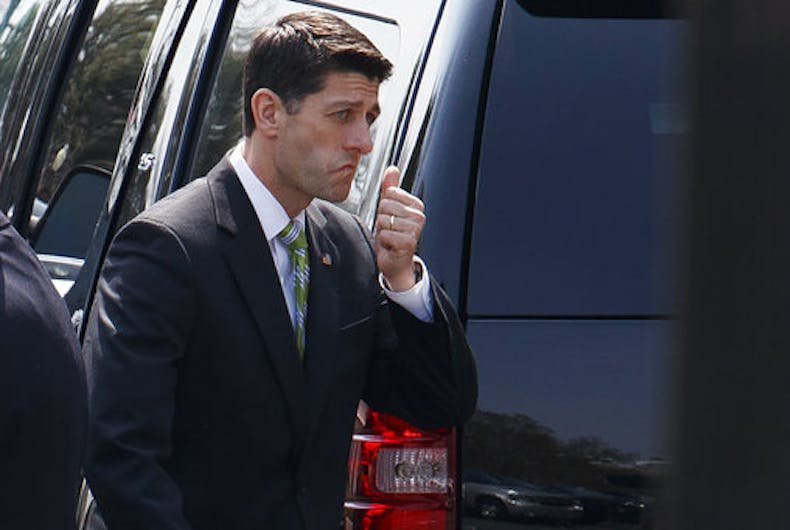 House Speaker Paul Ryan, R-Wis., withdrew the legislation after Trump called him and asked him to halt debate without a vote, according to Ryan spokeswoman AshLee Strong. Just a day earlier, Trump had demanded a House vote and said if the measure lost, he would move on to other issues.

Will Hollywood ever catch up with television for gay inclusivity?