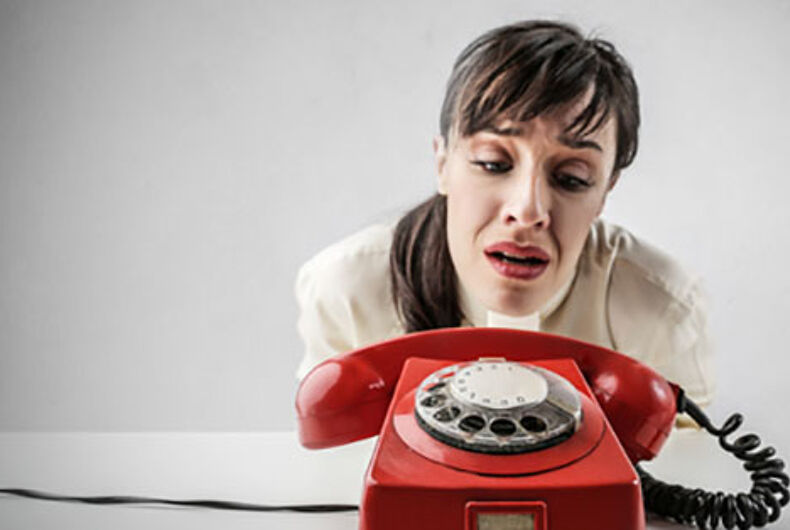 The Log Cabin Republicans shared letters sent on Friday by members who are either transgender or raising transgender children, to the Trump administration’s departments of education and justice. Their stated intent was to ask Attorney General Jeff Sessions and Education Secretary Betsy DeVos to “reconsider rescinding” protections for transgender students issued by the Obama administration, “and instead improve upon the directive itself.”

“Last week while liberals were howling at the heavens, Log Cabin Republicans had our heads down working to develop common-sense conservative solutions to protect transgender students,” Angelo declared. “Not only is the Log Cabin Republicans response to this issue coming from the center-right, it’s coming directly from our transgender members — in other words, the people who understand this issue the most.”

As transgender members of the Log Cabin Republicans and Republican parents of transgender students, we have deep concerns about your decision to rescind the May 13, 2016 directive entitled “Dear Colleague Letter on Transgender Students” pertaining to Compliance with Title IX and K–12 transgender children’s access to school facilities.

As an organization, Log Cabin Republicans is proud to help play a part in the President Trump’s goal to “Make America Great Again.” To this end, we request that the Trump Administration and the Department of Justice’s Civil Rights Division and Department of Education’s Office of Civil Rights reconsider rescinding the “Dear Colleague Letter on Transgender Students” and instead improve upon the directive itself.

They outlined three recommendations the LCR said was part of a forthcoming “report:”

1. Acknowledgement of the legitimate concerns of transgender children and their parents.

2. Sustaining the positive elements of the previous Obama Administration guidance while refining those parts that have become flashpoints for controversy.

3. Recognizing the need for both federal rules and supervision as well as flexible local implementation.

Nothing in the letters clarified what they deemed to be “positive elements” but based on statements from conservative critics of the original guidance letter, the “flashpoints for controversy” were the idea of allowing trans students to use bathrooms that matched their gender identity.

The LCR did close by telling the officials that they felt it was “imperative” that the administration “ensure that any future directives or guidance regarding access to school facilities are not inhibited in any way that would harm transgender youth or impede upon their ability to receive an education,” which is awkwardly phrased but seems to say, “don’t mess with the trans kids,” without the “or else” that the Obama administration included in its letter to schools, threatening to withhold federal funding for non-compliance.

Then the LCR members declared their organization “stands in support of our country’s transgender students and encourages collaboration on any directives or initiatives involving transgender Americans in the future.”

As of press time, the departments of justice and education had not yet responded to the group. And so begins a lonely vigil. 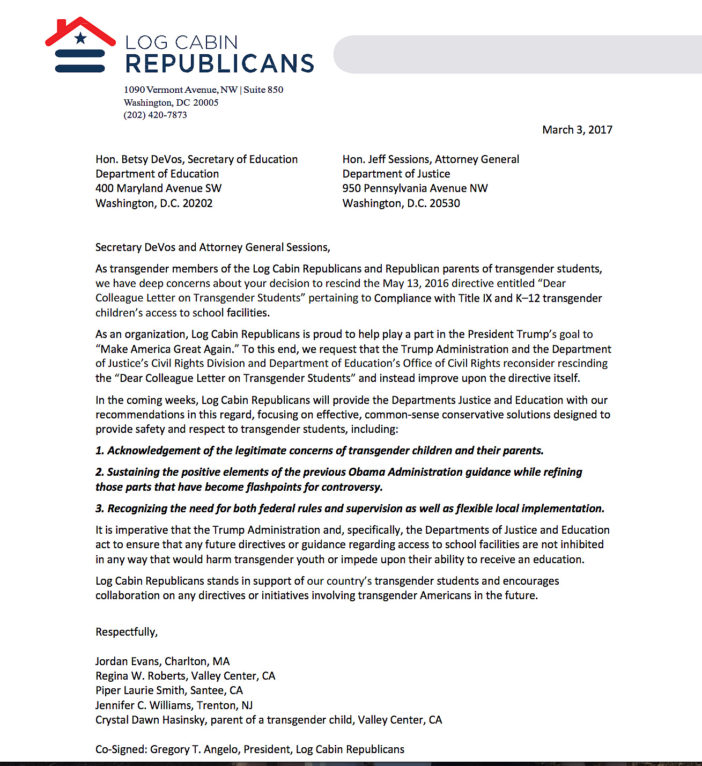