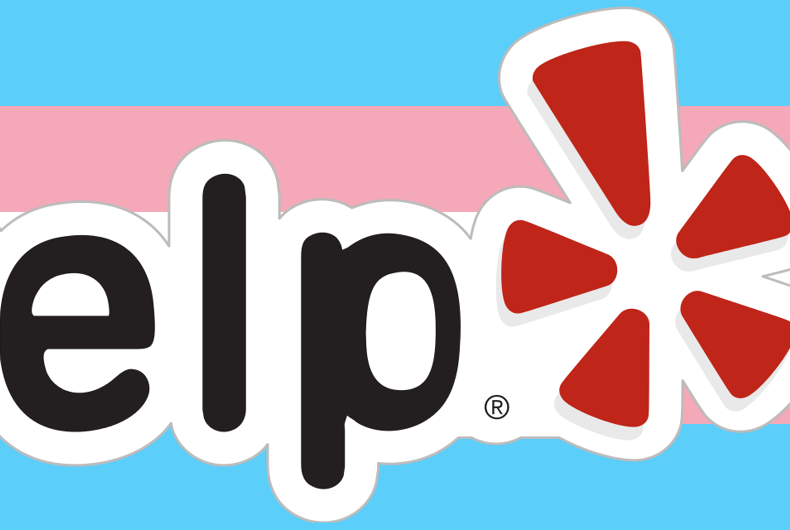 NEW YORK (AP) — Yelp, the crowd-sourced company specializing in online reviews, is wading into the national debate over transgender people’s bathroom access with a new feature that will enable consumers to search for businesses offering gender-neutral restrooms.

In a blog post on Friday, Yelp said it would collect information from both customers and business owners in order to add a “Gender Neutral Restrooms” category to its listings. Yelp defines such restrooms as locking, single-stall toilet facilities accessible to people of any gender.

“At Yelp we thrive on inclusion and acceptance,” the blog post said.

Rachel Williams, Yelp’s head of diversity since November 2014, said the initiative, to be phased in over several weeks, marked the first time during her tenure that the company had sought to integrate a social issue into its website and app.

“The hope is that this feature gets business owners thinking about how they’re presenting themselves — who they’re supporting and why,” Williams said. “Maybe it will start some conversations.”

She said the idea for the new feature came from employees in Yelp’s products section who were “incensed” by efforts in some parts of the U.S. to curtail transgender people’s civil rights.

On Thursday, Yelp was among 53 U.S. companies filing a friend-of-the-court brief with the U.S. Supreme Court supporting transgender teen Gavin Grimm in a lawsuit against his local school board in Virginia’s Gloucester County. Grimm wants to use the boys’ bathroom at his high school, saying it matches his chosen gender; the board’s policy prohibits him from doing so.

The conservative legal group Alliance Defending Freedom, which filed a brief supporting the Gloucester County school board, criticized the 53 companies for disregarding the concerns that some students might have about sharing bathrooms and locker rooms with transgender schoolmates.

Oral arguments in the case are scheduled for March 28, although the school board is seeking a delay.