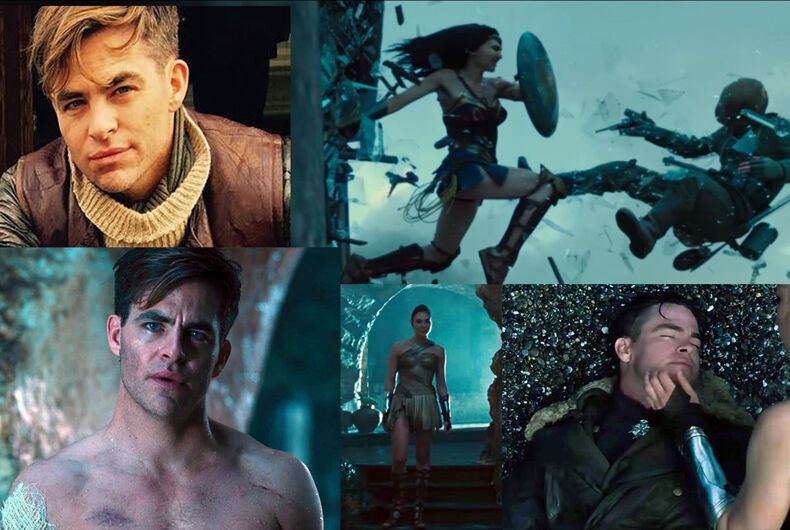 She’s fast, furious, and oh, so fierce, in her gold, red, white and blue bustier. She can only be Wonder Woman, in her major motion picture debut.

The origin story introduces audiences to the Amazons, mysterious women warriors living apart from the world on a faraway island, and a sculpted six-pack American fly-boy who accidentally invades their paradise. Gal Gadot fleshes out the role she originated in Batman vs. Superman, and Chris Pine pierces us with his bluer than blue eyes and well-built bod.

And if you hate spoilers, well, this is one of “those” trailers, giving you pretty-much every action sequence in the entire movie. But there’s a lot of action to go around in Wonder Woman.