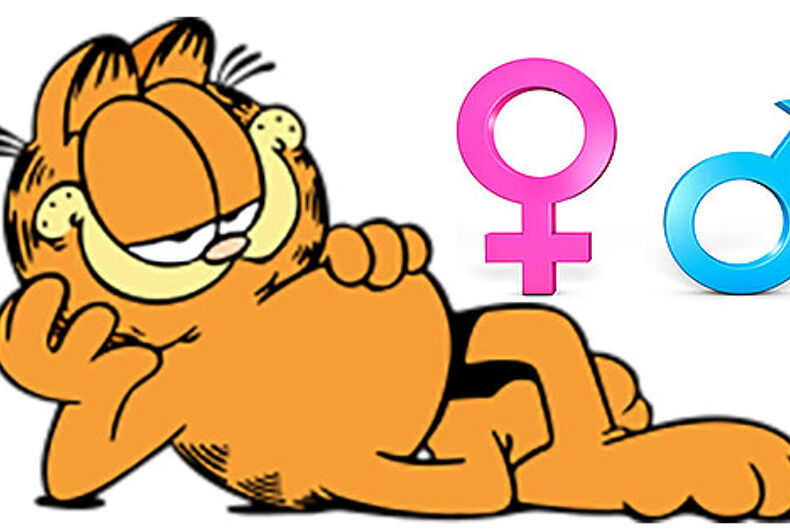 With the world in such disarray, it’s hard to imagine grown, mature adults devoting time and energy engaging in an online feud over whether a cartoon cat is male, female or gender-fluid.

But one thing you can always count on the internet to do is provide distractions from real world problems. So here we are: a Wikipedia war over Garfield, the fat cat who since 1978 has made laziness a virtue, sarcasm a skill and encouraged fictitious feline mayhem against dimwitted dogs and unctuous owners.

As the Washington Post reported (yes, that Washington Post; apparently Woodward and Bernstein were unavailable), there are numerous examples to support the idea that Garfield is a male cat.

The cartoon hit the big time in 2004 when Garfield was transformed into an animated film, with actor Bill Murray voicing the fat cat, after a long-running TV series and many, many DVDs.

And yet, a two-year-old interview with Garfield’s creator has thrown all that into question. Cartoonist Jim Davis briefly mentioned gender as part of a wide-ranging Q&A, revealing that the comic strip is set in Muncie, Ind., among other things.

“Garfield is very universal,” Davis told Mental Floss. “By virtue of being a cat, really, he’s not really male or female or any particular race or nationality, young or old.”

Writer Virgil Texas unearthed this quote last month and, in what the Post suggested was a combination of trolling and trouble-making, he edited the Wikipedia page to reflect that Garfield’s gender is “none.” As some subsequently pointed out, he disregarded the fact Davis himself used the pronoun “he” in his revelation.

Texas then lit the fuse by announcing the change on Twitter.

I have updated the Garfield Wikipedia entry to reflect this fact. https://t.co/icgEE6Q11o pic.twitter.com/XUAH3wZkcl

It’s Twitter, so you can imagine what happened next. As the Post reported, one of Wikipedia’s editors changed Garfield’s gender back to male less than an hour later.

A minute later, a user in the Philippines changed the cartoon cat’s gender back to “none,” and the Wikipedia war of the edits was born. Garfield was alternatingly designated male, female, gender-fluid and, inexplicably Muslim until an administrator locked the page.

Before the lockdown, conservatives looking for a new and interesting way to make progressives look bad seized upon the controversy and lambasted the editors for their “political correctness.”

“An edit war is underway on Wikipedia,” wrote William Hicks of Heat Street, “between good traditional Americans and the cultural marxist, post-modern nihilists who want to destroy America.”

And as if that were not enough, he added, “the social justice cabal wants to turn a high T man like Garfield into a genderless, progressive blob… the God-fearing patriots are winning, with Garfield’s Wikipedia page still labeling him a man, but multiple gender warriors are trying to change that.”

On the other side, Garfield was hailed for his opposition to North Carolina’s anti-transgender law, HB2:

Garfield hates Mondays because he lives in NC and moral Monday protests remind him of his inability to use public restrooms.

Finally, the paper that broke Watergate came to the rescue, with a definitive on-the-record statement from the creator himself.

“Garfield is male,” Davis told the Post last week. “He has a girlfriend, Arlene.”

In response, the satirist backed down and said he’d heed Davis’s declaration. “He’s in charge of the canon,” Texas told the paper, lamenting the inconsistency with his 2015 statement. “If I had the opportunity,” said Texas, “I would interrogate him.”

And maybe then he could ask Davis about Garfield’s penchant for tutus. 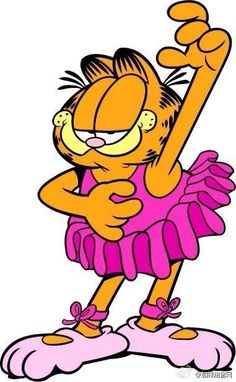 Gay Syrians do more than get killed by ISIS