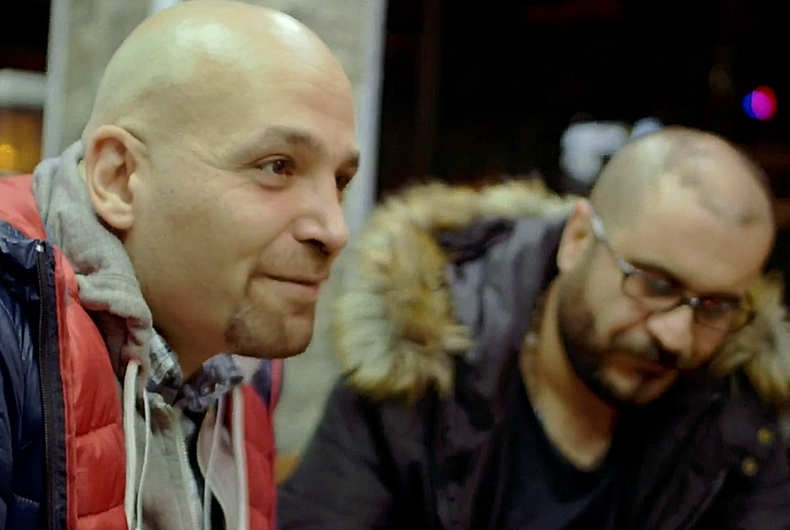 A documentary is being produced about a group of Syrians trying to get into the Mr. Gay World competition.

The film, Mr Gay Syria, is a crowdfunded project about Syrian refugees finding themselves far from home in Istanbul in an increasingly homophobic environment. Turkish director and former Al Jazeera reporter Ayse Toprak follows Mahmoud Hassino and Hussein and the rest of the group as they put on a show to pick a Mr. Gay Syria.

As frivolous as their goal sounds, it’s anything but. They want to let the world know that there is an LGBT Syrian community facing serious poverty and repression after escaping from another homophobic and war-torn country.

The clip below is an extended teaser for the documentary, and it begins with an attempt to hold a Pride parade in Istanbul that is violently dispersed by the police. Mahmoud travels to Germany to discuss the project, and the most interesting part is at the end, as Mahmoud and another Syrian discuss the meaning of sending someone to represent them at Mr. Gay World.

“It’s not entertainment. It’s to change the perception. The only image of gay Syrians is given by ISIS… Gay Syrians are only those killed in ISIS videos,” Hassino says.

Is Garfield a boy or a girl?