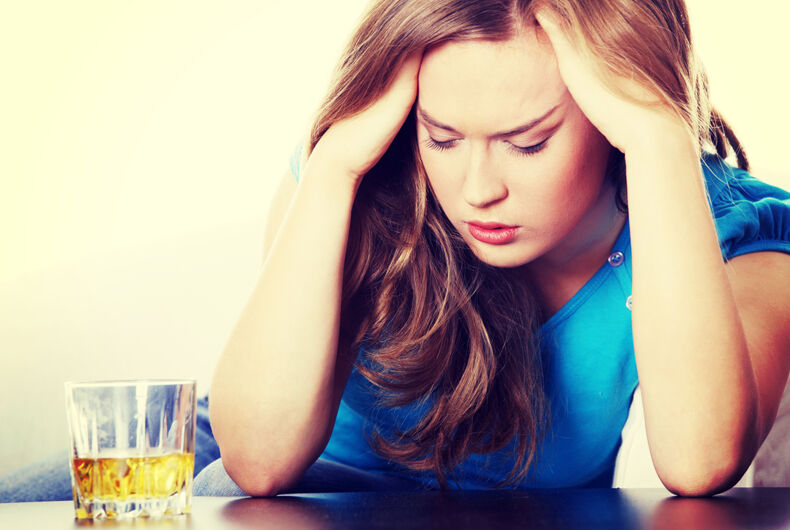 Transgender students are more likely than their cisgender peers to use alcohol as a coping mechanism and to have negative experiences related to drinking, according to a new study from Duke Health published in the journal Alcoholism: Clinical & Experimental Research.

Researchers collected data from college students participating in an alcohol education program and found that 36% of transgender students had gotten blackout drunk in the past two weeks, compared to just one in four cisgender students.

“For people who work with this age group, it’s important to understand that these students are drinking at levels that are quite dangerous,” said Scott Swartzwelder, a senior author of the analysis. “A blackout is a serious neurological event that occurs when you drink enough to impair the parts of your brain that encode new memory. The last thing you want to do as a college student is disrupt your memory.”

The results also showed that in the two weeks prior to taking the survey:

Transgender women reported the most negative experiences with alcohol, with nearly half (46 percent) saying that they had blacked out from drinking in the past two weeks.

So why are transgender students drinking so much?

Researchers said these students were more likely to report drinking to alleviate stress, forget about relationship woes, or generally sedate themselves. In other words, transgender students are self-medicating with alcohol at higher rates than their peers. Swatzwelder noted the need to explore what makes transgender students more vulnerable to alcohol abuse.

“The results tell us we have a lot more to learn about transgender people and about the specific challenges they face,” he said. “The outcomes of the study also tell us that college students who are transgender represent a vulnerable population with respect to alcohol abuse and its negative consequences. That suggests college administrators and clinicians who interact with these students should be prepared to provide them with better and more effective coping strategies.”

If the study authors want to learn more about the challenges faced by transgender people, they’d be wise to check out the 2015 U.S. Trans Survey, which details the various types of trauma afflicting transgender people — including harassment and assault while at school.

Transgender woman murdered in Baltimore is 8th victim this year