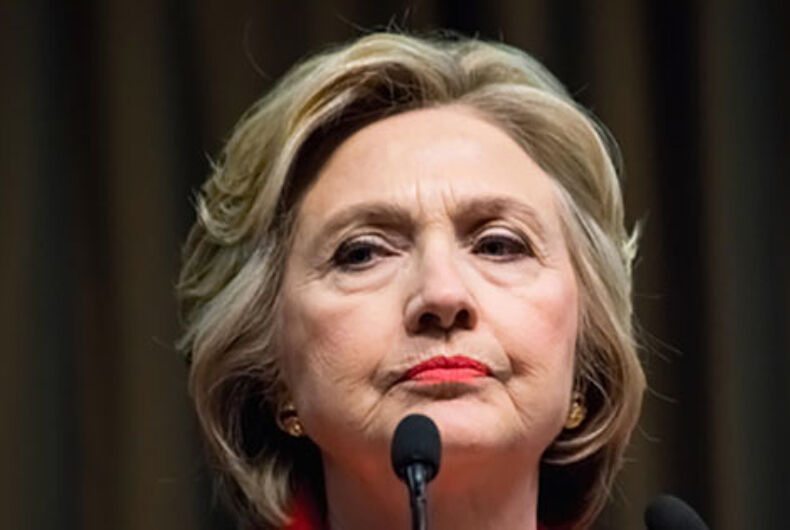 Could an overemphasis on personality and style over substance be what cost Hillary Clinton the presidency? That’s one likely conclusion from a batch of new research by the Wesleyan Media Project, unveiled this week.

Their new study of the presidential race, focusing on the advertising campaigns of Clinton and Donald Trump, reveals that despite outspending the Republican nominee by a 2-to-1 margin, the campaign ads rolled out by the Clinton camp and the Democratic National Committee were largely devoid of policy points.

The researchers at Wesleyan University, working with the firm of Kantar Media/CMAG, found that the Democratic presidential nominee devoted less time and money to enunciating her policy positions in her campaign advertising than any of the candidates in the last four presidential elections.

Clinton broke all records by spending $1 billion on campaign advertising, double the money invested by her billionaire opponent, and as Vox reported, a whopping $72 million on TV commercials in the final weeks before Election Day.

But the analysis shows 90 percent of Clinton’s ads attacked Trump’s personality, and only 25 percent of those ads focused on the policy differences between the candidates.

And we all know how the 2000 race ended, with George W. Bush winning the electoral college but not the popular vote, and still claiming victory over Vice President Al Gore.

And it wasn’t just the focus on personality, reports the Wesleyan Media Project. Clinton’s unexpected losses in crucial states like Wisconsin, Michigan and Pennsylvania came after she failed to air ads there until the very last week of the campaign. 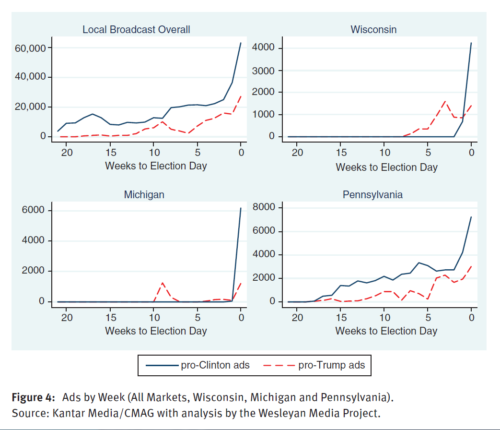 The study showed Clinton’s unconventional strategy against an unconventional candidate may have backfired badly, with the overemphasis on Trump’s fitness for office leaving precious little room to convince undecided voters why Clinton was the better choice. And the researchers note that given the current unfavorability ratings of journalists, the fact that her attack ads amplified the news media’s intense focus on Trump’s quirks hurt her chances even more with voters who were on the fence.

The full study can be found on the Wesleyan Media Project’s website.