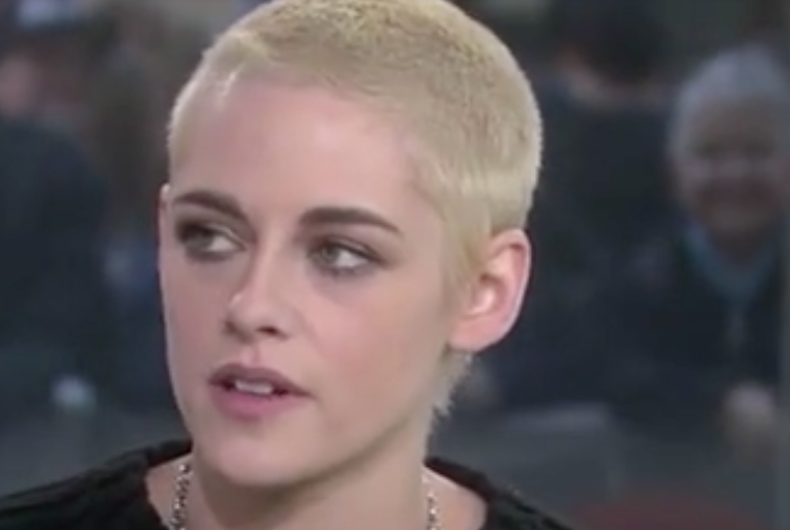 Actress Kristen Stewart has long avoided speaking in explicit terms about her sexuality — aside from that time she hosted Saturday Night Live — and told The Guardian in a recent interview that she welcomes a future where labels aren’t so important.

“The whole issue of sexuality is so grey. I’m just trying to acknowledge that fluidity, that greyness, which has always existed,” Stewart explained. “But it’s cool that you don’t have to nail everything down any more. That whole certainty about whether you’re straight or gay or whatever.”

Stewart, who has openly dated women, came out in an SNL monologue where poked fun at Donald Trump, noting, “I’m, like, so gay, dude.”

She told the Times of London she had the change of heart after realizing the potential positive impact that platform would afford her.

“Considering I had so many eyes on me, I suddenly realized [my private life] affects a greater number of people than just me,” Stewart said. “It was an opportunity to surrender a bit of what was mine, to make even one other person feel good about themselves.”

She continued that encouraging tone in her interview with The Guardian, going on to affirm that validity and worth of bisexuality.

“You’re not confused if you’re bisexual,” Stewart said. “It’s not confusing at all. For me, it’s quite the opposite.”

Does this study show why Hillary Clinton lost?