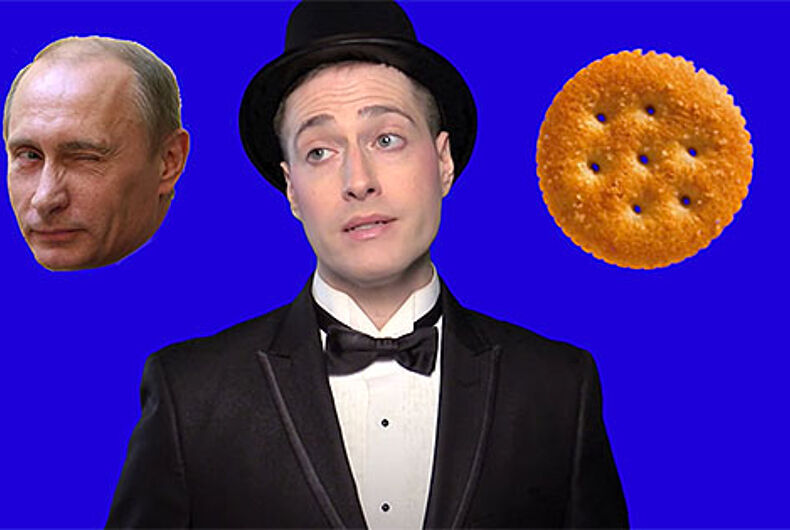 Randy Rainbow has topped his terrific Trumpified spoof of Sound of Music with another classic show tune: Putin and the Ritz, a reworked rowdy Republicanized humdinger of a video, set to that early 20th century tapdance spectacular, Puttin’ On The Ritz.

And of course, given that nearly every day there’s some new revelation about Russia and the Trump administration, that cracker is beloved by none other than Russia’s own Vladimir Putin.