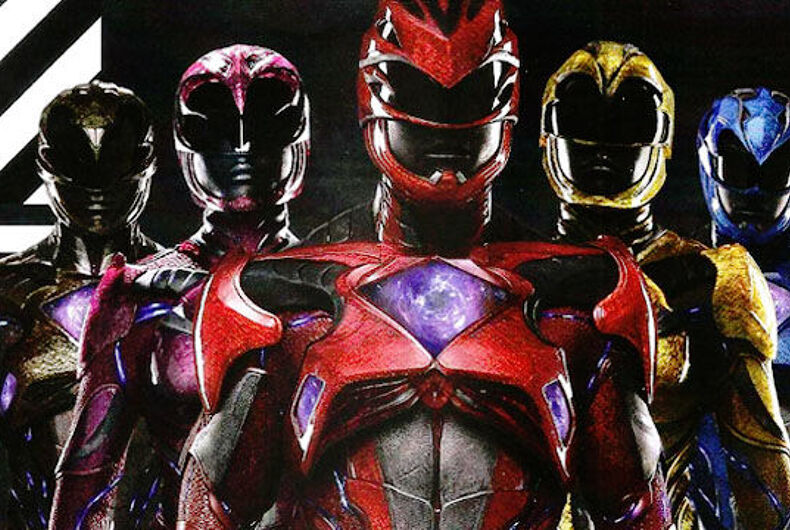 The Power Rangers is making history as the first big budget movie to feature a gay superhero.

During the second act of the Lionsgate remake of the popular children’s TV show from the ’90s, Yellow Ranger Trini Kwan, played by Becky G, is shown struggling to accept her sexual orientation.

A character assumes she is having “boyfriend troubles,” before realizing that maybe she is actually having “girlfriend troubles” in a scene director Dean Israelite calls a “pivotal” moment in the film.

“For Trini, really she’s questioning a lot about who she is,” Israelite told The Hollywood Reporter. “She hasn’t fully figured it out yet. I think what’s great about that scene and what that scene propels for the rest of the movie is, ‘That’s OK.’ The movie is saying, ‘That’s OK,’ and all of the kids have to own who they are and find their tribe.”

LGBTQ representation on the screen has lagged behind comics. Characters like Wonder Woman, Catwoman, Batwoman, Harley Quinn, Deadpool, Northstar, and Ice Man have all been shown to be LGBTQ on the page, but not as much on the big onscreen.

LGBTQ superheroes have appeared on the small screen, with CW shows Legends of Tomorrow and Arrow featuring queer characters. Supergirl will also include a prominent lesbian storyline this season. All three shows are produced by openly gay producer Greg Berlanti.

David Yost, who played the original Blue Power Ranger on the TV show and left after suffering anti-gay harassment while on set, has praised the move.

“They really stepped up to the plate,” says Yost. “I think so many people in the LGBTQI community are going to be excited to see that representation.”

Will hate crime prosecutions be a thing of the past under President Trump?