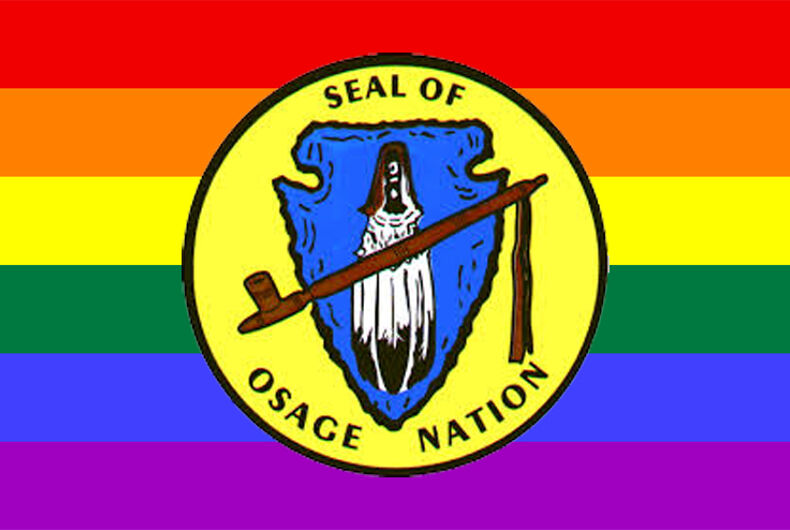 Members of the Osage nation in Oklahoma voted last week in favor of allowing same-sex couples to marry.

Just over 52 percent of voters approved amending the legal definition of marriage to be “a personal relation between two persons,” Osage News reports on the complete but unofficial tally.

“This was overdue,” Jennifer Tiger, an Osage tribal member who drove from California to cast vote in person, told the newspaper. “The United States Supreme Court recognized gay marriage two years ago. This was long overdue.”

While tribal lawmakers last year voted to allow the judiciary to recognize marriages from jurisdictions where same-sex marriages is legal, the Osage nation will now issue marriage licenses to same-sex couples.

Congresswoman Alice Buffalohead, the referendum’s author, was among supporters gathered at the tribal complex to hear the results Monday night.

“I know that for a lot of people it was a controversial issue, but for me it was not,” Congresswoman Alice Buffalohead, the referendum’s author, told supporters who were gathered awaiting the results of the vote. “It was just about equality and guaranteeing that we all have equal rights under the law.”

Across the United States, a few dozen of the more than 500 federally-recognized tribes explicitly recognize same-sex marriages. Some blame colonists and early Christian missionaries for imposing their restrictive views on marriage on the tribes they encountered.

But the pendulum is starting to swing back in the direction of acceptance. The Western States Center, the National Congress of American Indians, and the Center for American Progress recently published the third edition of its groundbreaking Tribal Equality Toolkit, which offers templates and guidance for tribal law that is supportive and inclusive of LGBTQ and Two Spirit members.

“This Toolkit provides us with an opportunity to reflect on how we, as Tribal Leaders and Tribal Communities, are either perpetuating policies that are damaging to the fabric of our Nations or enshrine, in policy and Tribal Law, our continued commitments to justice,” said Robert Kentta, Siletz Tribal Member, Cultural Resources Director, Tribal Council Member, and Gitauk-uahi (Two Spirit). “It gives our communities another set of tools for restoring ourselves.”

Podcast inspires national obsession with Richard Simmons, but at what cost?