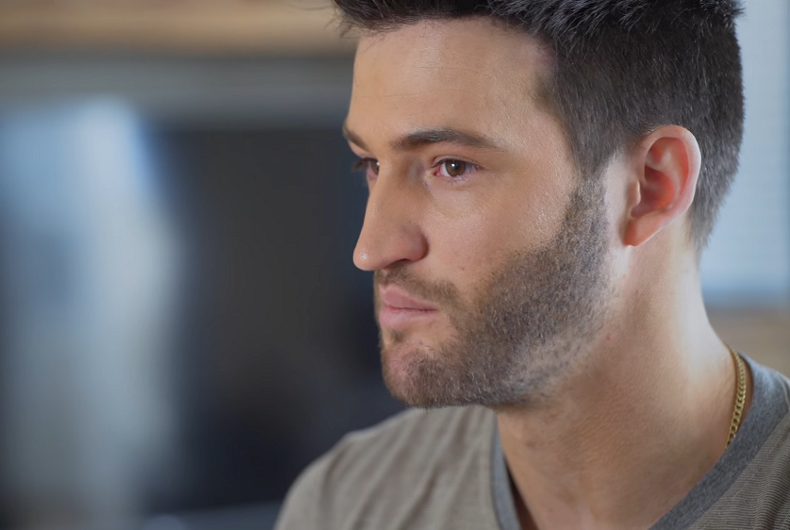 The Church of Jesus Christ of Latter-day Saints (LDS) has produced a video about a heterosexual, Mormon couple accepting their gay son.

The video tells the story of Xian Mackintosh, who came out to his parents via Facebook. His parents reacted negatively – his mother suggested testosterone treatments and his father asked Xian why he chose to be gay. For several years, they say, they continued to have difficulty accepting their son.

Xian’s father also talks about his indoctrination in a homophobic culture. “In my mind, they had chosen this. And if they chose this, then they deserved every bit of negativity I can give them,” he said.

He then began to understand that his son didn’t choose to be gay. “And once that hit me, the pain and the suffering and all the jokes that I had told him, all the mean comments, all the times I said something snide about somebody else and to the whole family and him sitting there in that back seat, sitting there thinking, ‘My dad has no idea he’s talking about me.’ All those times came flooding back to me, all the pain that my son had gone through.”

It took his mother two years to understand that Xian wouldn’t be marrying a woman.

The video is part of a larger push by the LDS church to get their followers to stop kicking their LGB kids out. A website created by the church, Mormon and Gay, explains that it still considers homosexuality wrong, but that Mormons should be kinder with LGB people.

There is no change in the Church’s position of what is morally right. But what is changing—and what needs to change—is helping Church members respond sensitively and thoughtfully when they encounter same-sex attraction in their own families, among other Church members, or elsewhere.

The church’s position on homosexuality is that people can’t be expected to change their sexual orientation, but they can be expected to refrain from all sex outside of heterosexual marriage.

So the church is effectively saying that LGB people are regularly and proudly engaging in immoral behavior that we could control if we were strong enough, and then telling straight people that they should be compassionate towards LGB people. The problem is that people naturally feel contempt for others who engage in immoral behavior and it is very difficult for people to just accept other people’s “immoral” behavior.

This is probably why Xian’s parents don’t seem to have found a satisfactory way to accept who their son is. His mother wrote on the website:

Maybe I should be curled up in a ball crying and thinking, “What’s happened to my eternal family?” But I’ve learned the importance of letting it go. I lay it all at the Savior’s feet, again and again. Then it feels like this huge load is lifted, and I have peace.

I remembered a story I’d heard years before. A sportswriter was assigned to cover the Olympics—the rowing, canoeing, and kayaking. He interviewed one of the team captains and asked, “What about the wind? What about the rain? What about the wake from the other boats?”

The team captain kept answering, “That’s outside my boat.” When the journalist asked what he meant by that, he said, “Those are things I can’t control. So it doesn’t do me any good to worry about them. I focus on the things that are in my boat.”

This is their son they’re talking about, saying that they are choosing just not think about a major part of his life, something that is at the center of how he will organize his personal relationships and interact with the world. They say that they understand that he didn’t choose to be gay, but that doesn’t mean they accept that he chose to live as gay. If they did, then how would they square that with the LDS church’s teachings?

Not thinking about the contradiction isn’t a permanent solution, and if that’s the best that the LDS church can offer to its followers, then no one should be surprised when parents to continue to treat their gay and bisexual children badly.

Still, it’s significant that the Mormon church even felt a need to put so much energy into telling parents not to kick their gay kids out. This might just be another step in their process.

Majority of millennials see Trump as an illegitimate president