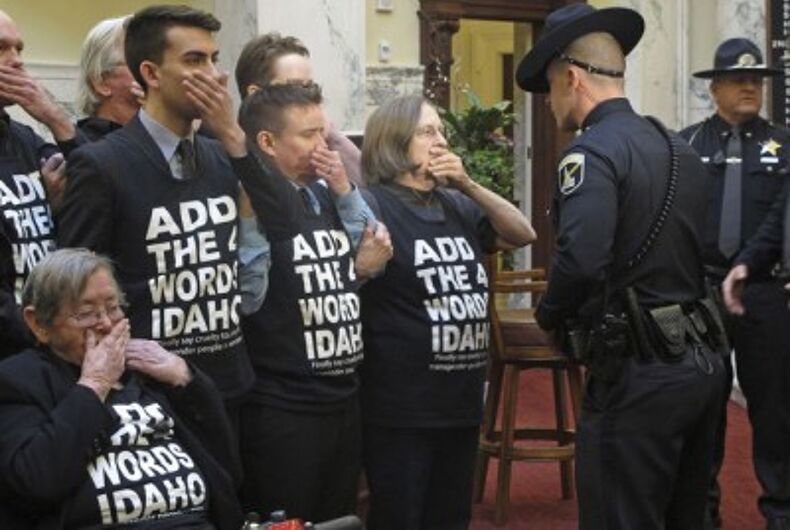 House Minority Leader Mat Erpelding said Thursday that his caucus was planning on submitting an amendment to an election-related bill that would have deleted the majority of the bill’s original language. Instead, the proposal would have added the words “gender identity” and “sexual orientation” to Idaho’s Human Rights Act.

That effort came to a halt after Republican leadership pointed out that the amendment would have violated House rules because the proposal was not germane to the original legislation.

The state’s Republican-controlled Legislature has consistently blocked efforts to amend the Human Rights Act for nearly a decade.