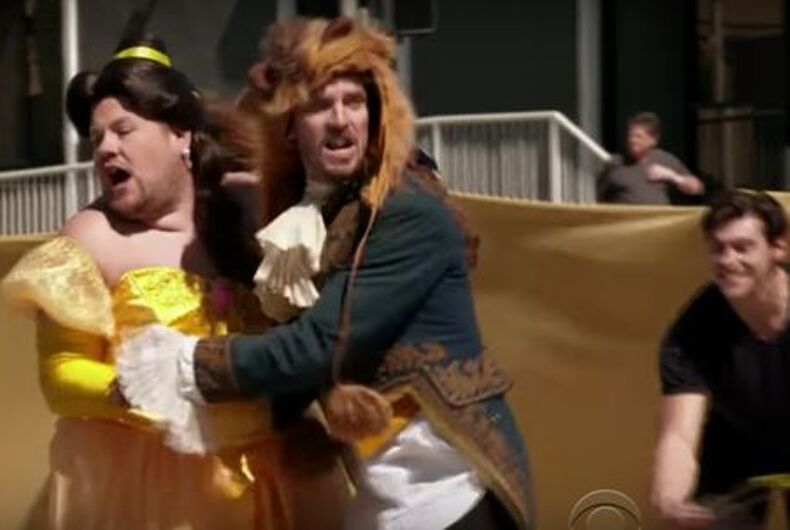 Lucky passersby in Los Angeles didn’t have to fork over $12 to see a live action Beauty and the Beast remake; James Corden and his Late Late Show team brought it to an L.A. crosswalk, with none other than the host himself twirling in that yellow ball gown as Belle.

Related: China declines to censor gay kiss in ‘Beauty and the Beast’ despite objections

Three of the film’s stars, Luke Evans, Dan Stevens, and Josh Gad, appeared in the production, performing all the hit songs from the Disney classic.

The only catch, as NewNowNext reported, was that the entire show had to shut down every time the traffic signal changed, sending the cast scrambling to avoid being hit by oncoming traffic.

Thanks to the magic of YouTube, if you missed the spoof on his CBS talk show, you can see “Crosswalk the Musical” right here.