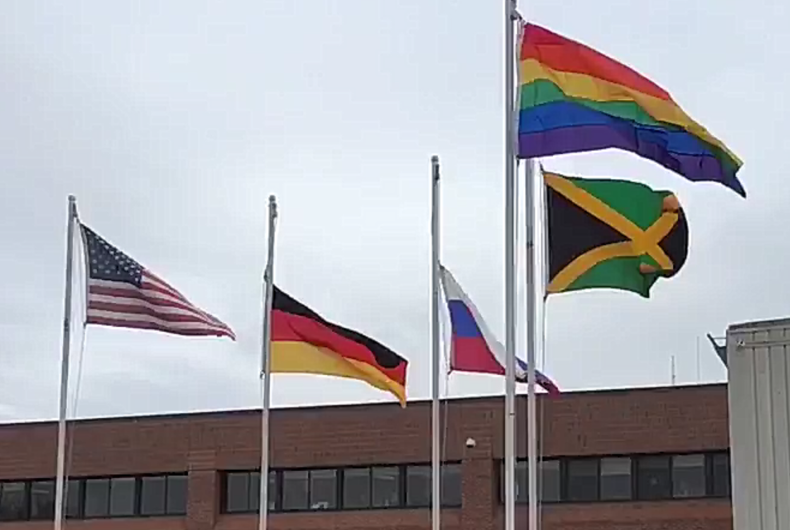 Last Friday, a Maine high school raised a rainbow flag, becoming the first school in the state to do so. The flag came down yesterday as one student didn’t want to attract media attention to the school.

The Rainbow Flag went up in front of Kennebunk High School after work by the school’s GSTA (Gay-Straight-Trans Alliance, presumably) put it up. The school’s Feminist Club caught the event on video and posted it to Twitter.

Gay pride flag going up today at KHS, we are the first Maine school to put up the flag! ?️‍? pic.twitter.com/bygFUUblve

Principal Susan Cressey said the flag was not meant to be a political statement.

The flag attracted limited local media coverage, including the short article from a radio station linked above.

KMTW, the local ABC affiliate, is now reporting that the flag was removed because a transgender student did not want to attract media attention. No other details about the removal are available.

Cressey said that the school will continue to support LGBTQ students.

Kristen Stewart explains why she went public about her love life