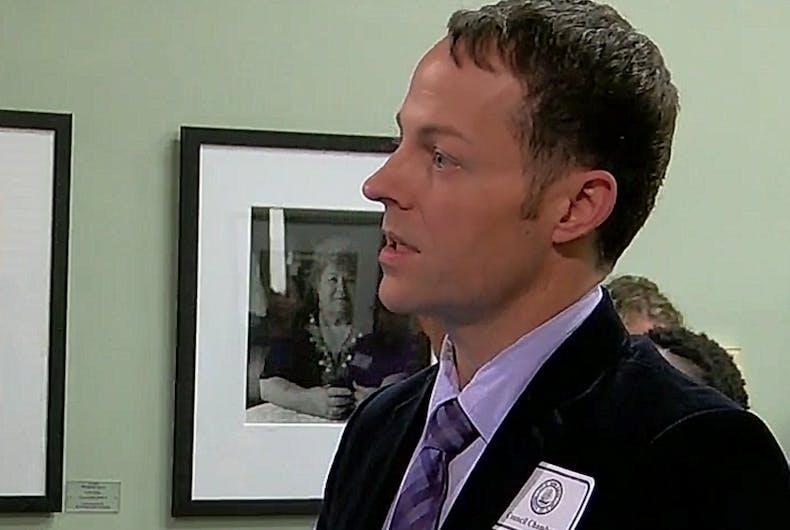 Psychologist Gary Howell spoke in favor of the ban.Photo: Screenshot/WFTS

A ban on gay conversion therapy may become law in the city of Tampa.

Councilman Guido Maniscalco proposed the ban earlier this month. The measure would punish mental health professionals who offer conversion therapy to minors with fines of up to $5000. The rules apply to psychiatrists, psychologists, doctors, osteopaths, social workers, therapists, and licensed counselors.

The ban, though, exempts members of the clergy.

The ordinance had its first reading yesterday after a hearing. Most attendees supported the ban, and supporters showed up wearing purple.

We live in a beautiful city, a diverse city. Let’s be on the right side of history,” said psychologist Gary Howell, who supports the ban.

Some opponents attended the hearing. “You’re going to be robbing young people who are experiencing unwanted same-sex attractions from the right to have professional counseling,” one said.

The Tampa city council voted unanimously in favor of the ban. A second reading is scheduled for April.