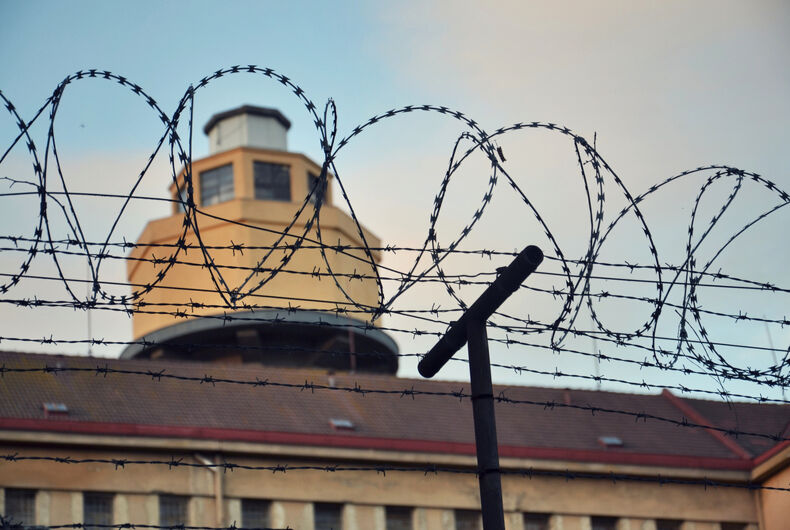 SACRAMENTO, Calif. (AP) — Exposing a person to HIV is treated more seriously under California law than infecting someone with any other communicable disease, a policy some lawmakers say is a relic of the decades-old AIDS scare that unfairly punishes HIV-positive people based on outdated science.

Several lawmakers are promoting a bill by state Sen. Scott Wiener, D-San Francisco, that would make it a misdemeanor instead of a felony to intentionally expose someone to HIV, the virus that causes the immune system-weakening disease AIDS. The change would treat HIV like other communicable diseases under California law.

Under current law, if a person who knows they are infected with HIV has unprotected sex without telling their partner they have the virus, they can be convicted of a felony and face years of jail time. Intentional transmission of any other communicable disease, even a potentially deadly condition like hepatitis, is a misdemeanor.

“These laws were passed at the height of the HIV/AIDS epidemic when there was enormous fear and ignorance and misinformation around HIV,” Wiener said. “It’s time for California to lead and to repeal these laws to send a clear signal that we are going to take a science-based approach to HIV not a fear-based approach.”

Wiener’s bill, SB239, would also repeal California laws that require people convicted of prostitution for the first time to be tested for AIDS and that increase penalties for prostitution if the sex worker tested positive for AIDS in connection with a previous conviction.

The original laws were passed during the 1980s and 1990s based on incomplete and outdated science, said Dr. Edward Machtinger, director of the Women’s HIV Program at the University of California, San Francisco. Transmission rates are much lower than people believed when the laws were enacted. Modern treatment dramatically reduces the effects of the virus and chances for transmission, he said.

Although modern treatments are highly effective, the current laws deter people from getting tested for HIV and seeking treatment, Wiener said.

Between 1988 and 2014, at least 800 people were arrested, charged or otherwise came into contact with the criminal justice system related to their HIV status, according to a study conducted at the University of California, Los Angeles. The study found “HIV criminalization” laws disproportionately affected women and people of color.

Man sentenced for running extortion operation from behind prison bars