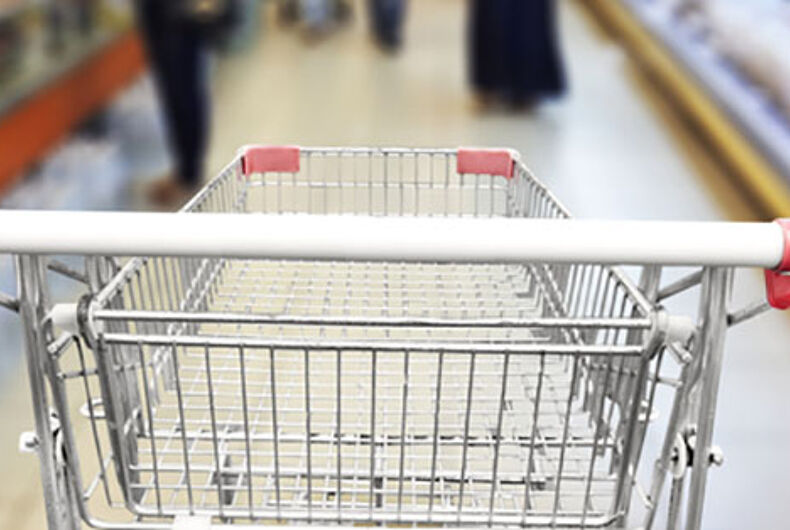 A simple hug enjoyed by a lesbian couple grocery shopping in a Northern Ireland supermarket so enraged a man that he cursed them out and attacked one of them with the cart he had been pushing.

Nearly a year to the day of the vicious assault, a judge has found Samuel Edward Parke guilty of a hate crime.

The 68-year-old man from County Down pleaded guilty to unlawfully assaulting Lorna Clarke Miskelly, on March 15, 2016.

Belfast Live reports it happened when Parke and his wife encountered Miskelly and her partner as they were leaving the Ards supermarket that March morning.

“You are fucking sick,” Parke was heard to say to the women as they embraced. “It’s fucking disgusting.”

After an argument between the two couples, Parke pushed his shopping wagon at Miskelly, hitting her leg. The report said she suffers from a rare blood condition, so the injury caused severe bruising.

Parke was able to plead down to a lesser charge of assault and pleaded guilty, and his lawyers tried getting the hate crime tossed out. The judge warned Parke he would not hesitate to send him to prison if he pushed too far.

After a consultation with his legal team, Parke decided to maintain his guilty plea to the lesser assault charge, and accepted the hate crime element. Miskelly and her partner were seen to cry in court upon the conviction.

Parke was ordered to bring the equivalent of $600 to court on March 30th, and warned that until that time, he had to be on his best behavior.

“If I read anything in deviation from the prosecution’s case,” the judge said, “I will send you to prison.”