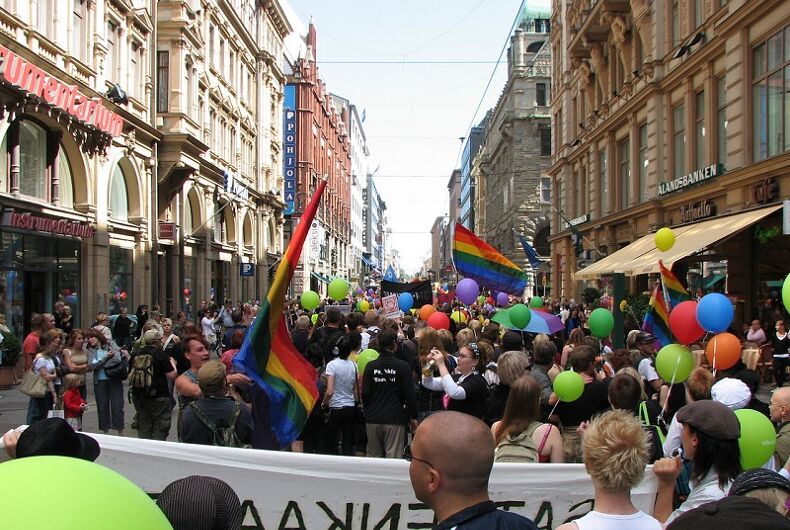 A scene from Helsinki Pride in 2007.Photo: Wikipedia

Finland has had civil unions for same-sex couples since 2002. The law to legalize same-sex marriage was passed by parliament in 2014 and signed by the president in 2015, but marriages couldn’t happen until now because of a transition period built into the law.

The status of the law remained uncertain until last week, when a citizen petition to repeal the same-sex marriage law was rejected by parliament in a 120-48 vote.

Defections have increased since 2010 partly as a result of the church’s stance on LGBTQ people. While the Lutheran Church has taken some more moderate stances on social issues like sanctioning abortion in certain cases, it remains opposed to same-sex marriage and considers homosexuality a sin.

Some priests have been willing to defy the church’s stance, according to Business Insider. A website was set up to help same-sex couples find those priests.