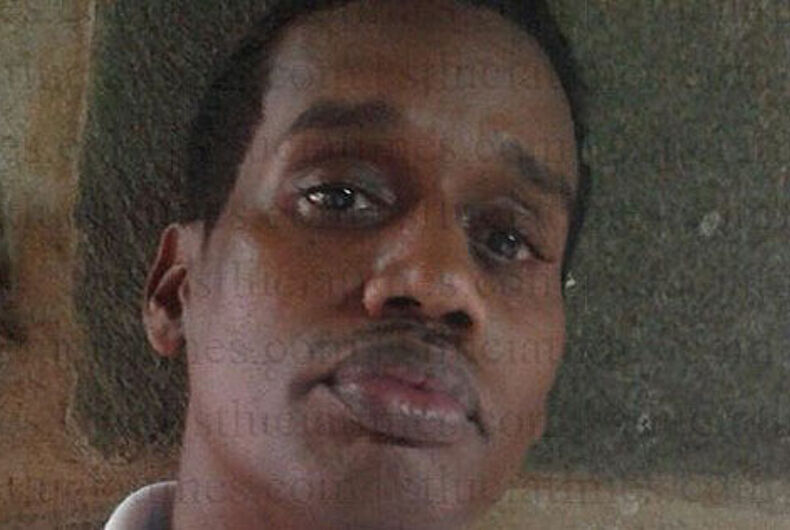 A man in St. Lucia named Bennet Charles is taking on clerical leaders across the Caribbean on behalf of the LGBTQ community.

Charles is communications and advocacy officer for United and Strong, an advocacy group on his sovereign island nation.  And what prompted him to act is a plea by those religious leaders to President Donald Trump to “stop exporting its LGBT agenda,” according to the St. Lucia Times.

On January 31, the religious officials in the Bahamas, Guyana, St. Maarten, St. Vincent, and Trinidad and Tobago, wrote in their letter that the State Department under President Obama deployed “coercive measures to normalize same-sex marriage,” and elevate LGBTQ issues a view shared by rightwing forces in the U.S.

They asked Trump to reverse that stance, which so far the administration has not officially done; in fact, Randy Berry, the State Department special envoy for LGBT rights, is now in his second year on the job with the blessing of the president. A spokesperson announced in February that the post would be continued in the new administration and that Berry would continue to fill that role, the Blade reported.

But to Charles, the faith leaders across the Caribbean islands showed with their letter that they are afraid of the power of the LGBTQ community, and that their goal was shortsighted. He called their action both sad and hypocritical.

“Religious leaders within the Caribbean region have recognized the fact that people are losing faith in their religious leaders,”  Charles told the Times, noting that the churches are seeing a decline in their membership.

“I think they are very scared that people are becoming a lot more liberal and more open-minded when it comes to understanding how we accept and in some areas tolerate people of different sexual orientations – people of different religious persuasions.”

One of the areas Charles would like to see the leaders support would be to challenge Trump on cutting aid for contraception and abortion. The administration moved in its first three days to restrict funding for abortions overseas, and has threatened to a;sp stop support to the International Family Planning Association, an organization Charles said has been doing “immense good” for women of the Caribbean region.

“Instead of hiding behind a letter and trying to get Trump to do your work for you, we need you to get out as religious leaders and start meeting the people and understanding and dealing with the issues they are facing because they are members of your flock,” said Charles.

You think you have problems? Listen to Ivanka Trump’s new neighbors whine