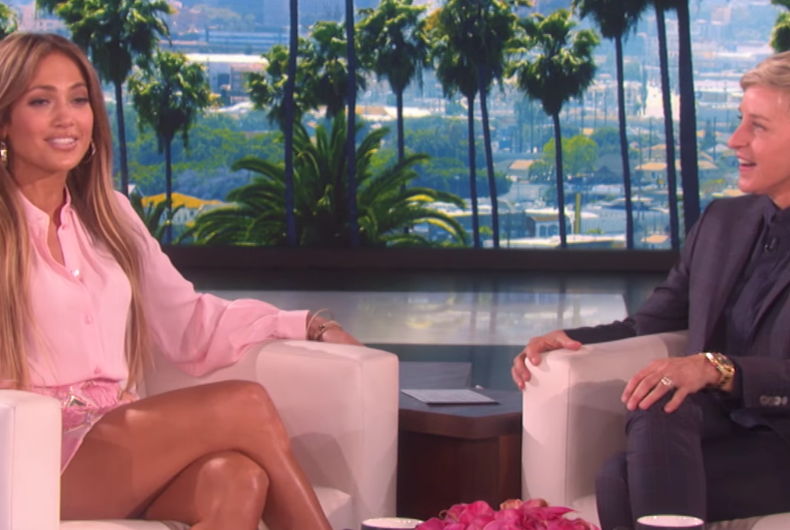 Ellen brought up the rumor that J-Lo could be doing the half-time show at the Superbowl next year, joking that she meant that Lopez would be singing, not playing.

Lopez joked that she would be a quarterback, and Ellen responded with “You’d be the tight end, not the quarterback.”

Later, Lopez appeared nervous about touching Ellen’s hand, and Ellen responded, “I like to be touched.”

Watch the rest below.