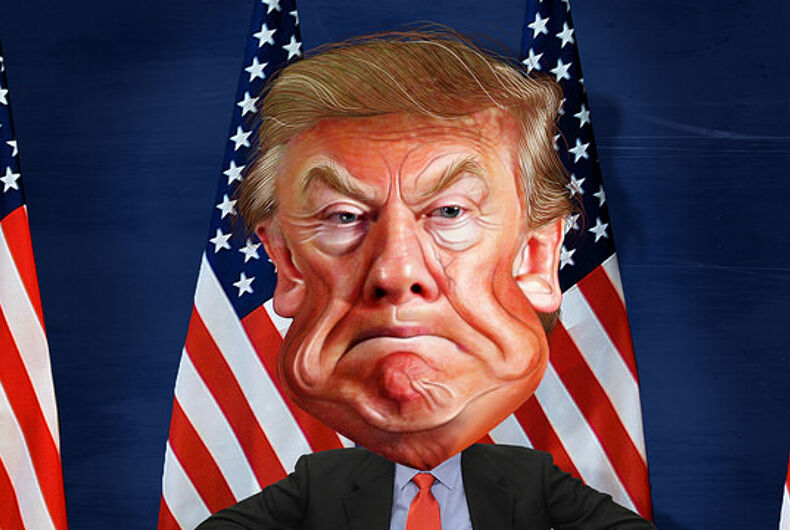 Not since they were all in Catholic school and the nuns and priests would rap their knuckles with a ruler has the Trump administration staff been held to such a high standard of dress.

And while it’s not just the women, his perspective of how women should appear doesn’t just border on sexist, it invades and sets up camp there.

The new politically-focused site Axios reports the president has established a code of dress for White House staff not seen in modern times. It’s all about the image, writes Mike Allen and Jonathan Swan.

Trump judges men’s appearances as much as women’s. A source who’s worked with Trump explains: ‘If you’re going to be a public person for him, whether it’s a lawyer or representing him in meetings, then you need to have a certain look. That look —at least for any male — you have to be sharply dressed. Preferably, I would say, solid colors. … You should have a good physical demeanor, good stature, hair well groomed.’

“Trump pays close attention to ties. Says a source who has worked with Trump: ‘You’re always supposed to wear a tie. If it’s not a Trump tie, you can get away with Brooks Brothers. But I’d suggest Armani.’ Trump prefers wider, traditional ties, this source says. Regarding Trump’s rakish policy adviser Stephen Miller, the source adds: ‘I’ve always been surprised about how Stephen Miller survives with those thin ties.’

“Staff knew Trump would be hacked off at press secretary Sean Spicer for not dressing fancy enough for his first briefing-room appearance. ‘It’d be one thing to wear a pinstripe that fit him perfectly,” said one person who has spent a lot of time with Trump. “But, it was like, he had a gap in his collar. I was like, ‘Oh God, he’s going to get reamed.'”

“‘I was getting text messages: Can you believe what he’s wearing?’ the person continued. ‘Four people texted me, because we know the boss. … Trump is very much about: Present yourself in the best light. If you’re going to represent him, even more so.’ Spicer seems to have learnt his lesson. Since then, he’s only appeared in well-tailored dark suits, coupled with perfectly knotted ties.

“One exception: Steve Bannon, who wouldn’t be caught dead in Armani and has been photographed in the Oval Office without a tie, gets a pass. A source explains: “Steve is Steve … He’s cavalier almost about what he wears.’

“‘You need to have a certain look. That look —at least for any male—you have to be sharply dressed. Preferably, I would say, solid colors. You should have a good physical demeanor, good stature, hair well groomed.'”