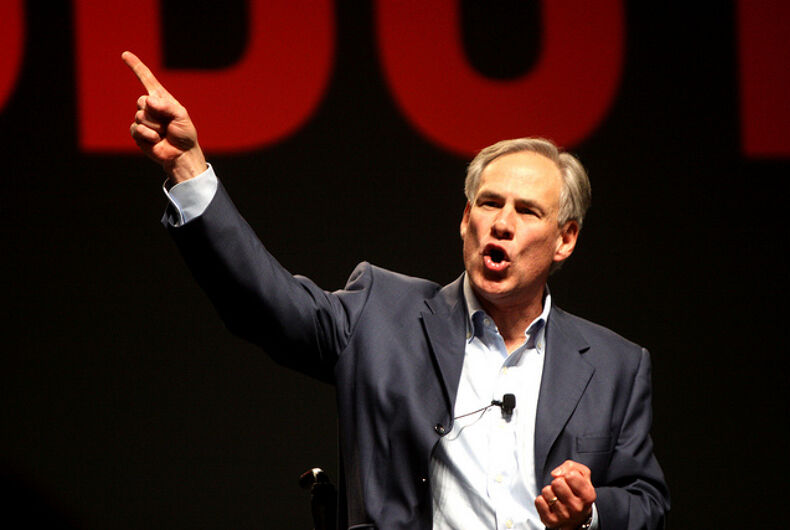 “The NFL needs to concentrate on playing football and get the heck out of politics,” Gov. Greg Abbott crowed.

He was reacting last week to the NFL which, after Houston hosted a successful Super Bowl, issued a statement branding as possibly “inconsistent with our values” a proposed Texas law requiring transgender people to use the public bathroom corresponding to their birth certificate gender.

But for all his anti-football furry, Abbott didn’t actually endorse the bill. He has repeatedly refrained from embracing a measure that would likely face a tough road through the Republican-controlled Legislature even if he were applauding it.

Top business organizations oppose the bill, fearing sports leagues and musicians canceling lucrative events like they did in North Carolina when that state passed a similar measure last year. Texas House Speaker Joe Straus has suggested it’s bad for economic growth. And while state Senate overseer and Lt. Gov. Dan Patrick has been its top cheerleader, the proposal has yet to even get a committee hearing — suggesting it could be a tougher upper chamber sale than previously thought.

Upping the political ante were 140-plus rock and Hollywood stars — from Sting to Emma Stone — signing a letter protesting the bill and hinting at future Texas boycotts. Abbott could have helped the proposal’s chances but settled for NFL name-calling.

The governor may yet swoop in and fully bless the bathroom bill, but the clock is ticking.